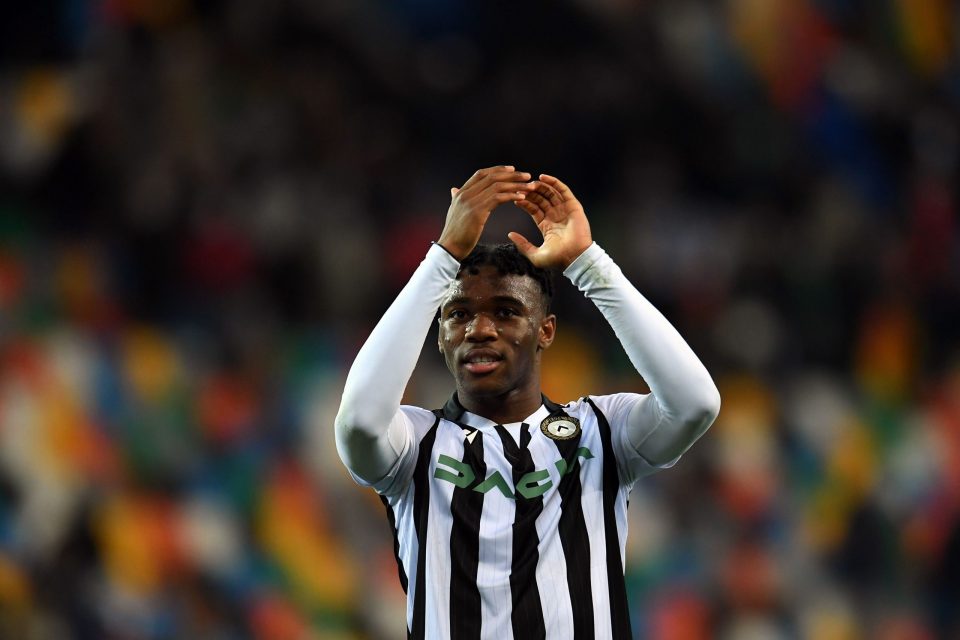 Inter could decide to prioritize a move for Udinese wingback Destiny Udogie rather than spending on a player to reinforce their defense.

This according to today’s print edition of Milan-based newspaper Libero, who suggest that the Nerazzurri could decide to move for the 19-year-old to add quality at left-wingback as it is more of a problem position than any of the defensive roles.

Robin Gosens is set to start the season as Inter’s first-choice left-wingback, taking over from Ivan Perisic as had been planned for when he was signed from Atalanta during the January transfer window.

However, the German has had some injury issues that have made it unclear whether he can be a consistent option on the left, while Libero suggest that he does not quite have the same profile that Perisic did.

Meanwhile, as long as Milan Skriniar stays at the club, there will be few doubts about the quality of Inter’s starting back three which will remain the same as it was last season.

Accordingly, going all-in on a top-class left-sided option such as Udogie, who would likely cost around €30 million, could make more sense strategically for the Nerazzurri than putting that money towards bolstering the defense.