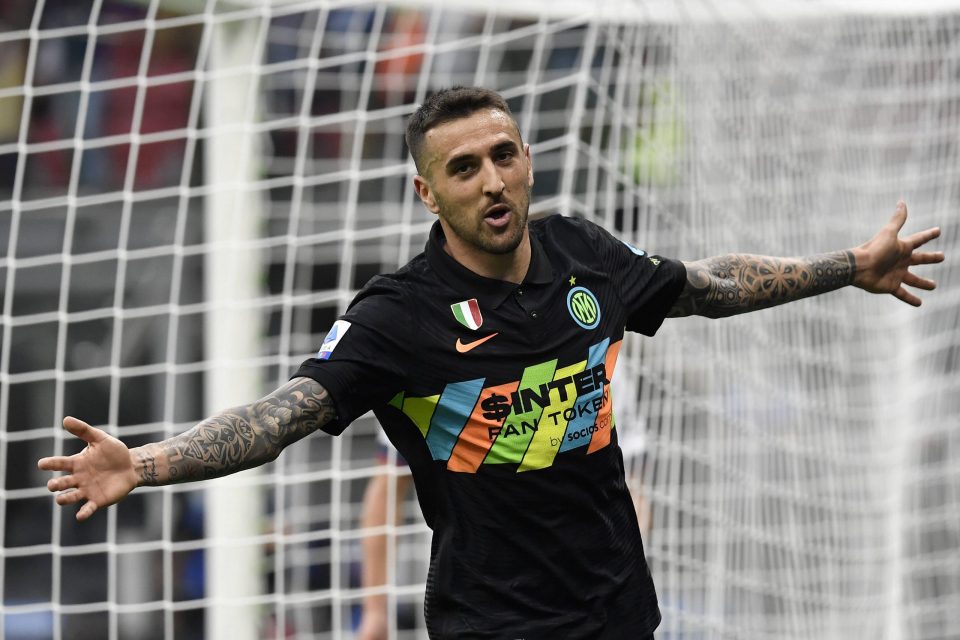 Former Inter midfielder Matias Vecino has agreed on terms with Lazio to become a new player for Maurizio Sarri’s midfield, according to a report in the Italian broadcast media.

As has been reported on Sky Sport by Gianluca Di Marzio, via FCInternews, the Uruguayan is set to remain in Serie A after his Inter contract expired on June 30.

The move has not been officially announced yet but he can be considered a new Biancocelesti player.

He is going to sign a three-year deal with the Roman club and he will hope to get a lot more game time than he managed to get under Simone Inzaghi last season.

Matias Vecino was very much a bit-part player under the former Lazio coach last season and when he was given opportunities to start games, he did not do enough to force the coach to give him more starts in the Nerazzurri midfield.