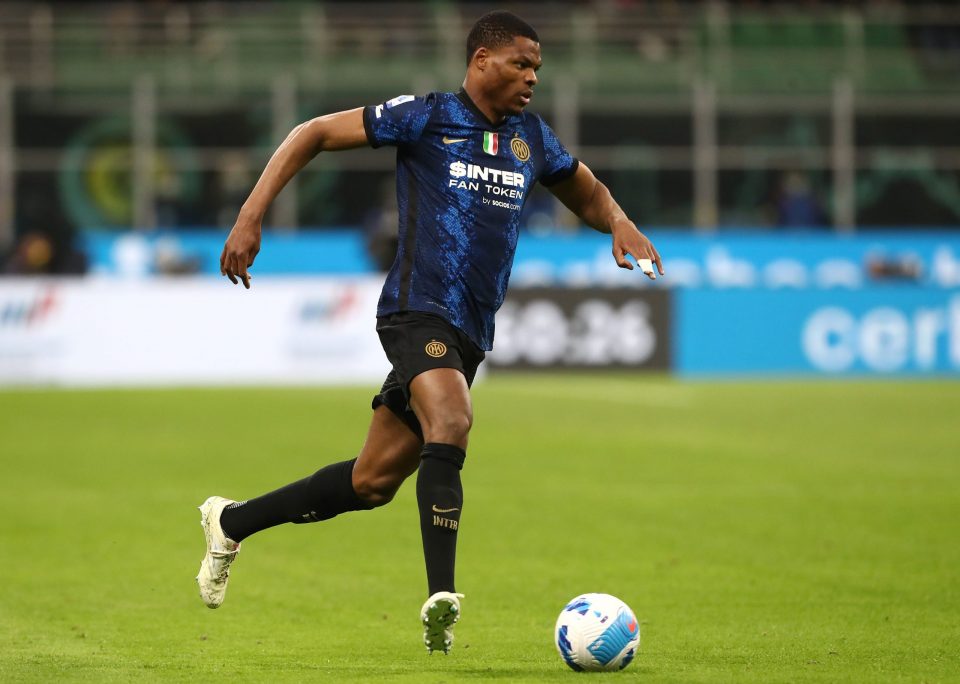 Chelsea have made Inter an offer worth €30 million for wingback Denzel Dumfries, but the Nerazzurri are holding out for at least €35-40 million.

This according to Italian news outlet FCInterNews, who report that the Blues have put forward a bid of €25 million plus €5 million in add-ons, whilst they have yet to agree personal terms with the player.

Chelsea are starting to push to sign Dumfries, and they have made their initial offer worth €30 million but Inter do not want to part with him for less than their asking price and have rejected the original bid.

The London club have identified other targets for the right wingback position and could decide against increasing their offer, but they are hoping that Inter’s failure to sell Milan Skriniar will mean that they are more inclined to cooperate in negotiations for Dumfries.

Meanwhile, Chelsea have offered Dumfries a five-year deal worth €4 million net per season, but only verbally and not in any written agreement, and the player is yet to agree terms.