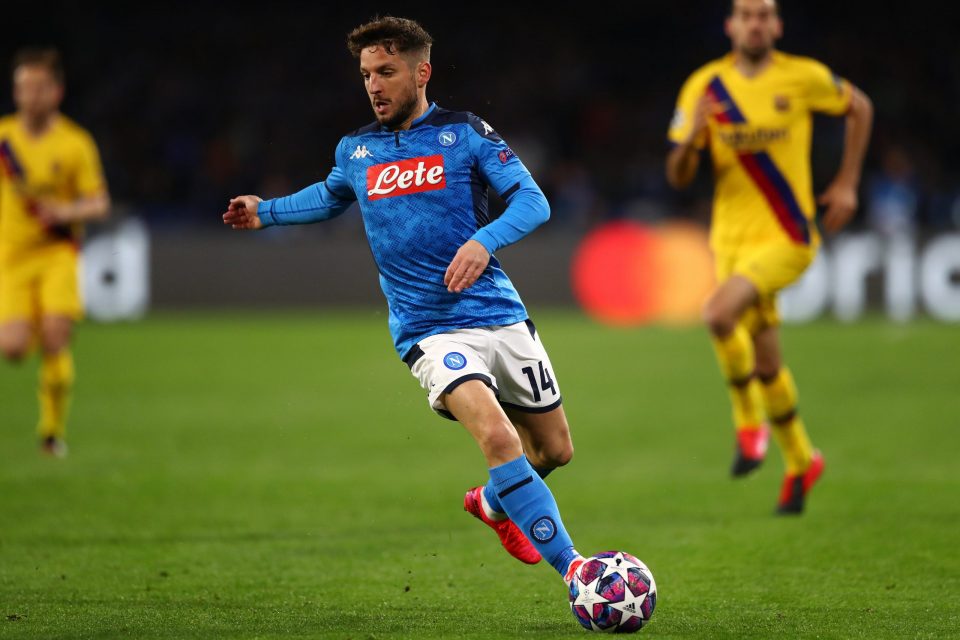 Former Napoli forward Dries Mertens is waiting for a call from Inter after the termination of Alexis Sanchez’s contract is now all but done.

This according to Italian news outlet Repubblica.it, who report that the 35-year-old is hoping that the Nerazzurri will make a move for him now that there could be room for a player of his profile in their attack.

Mertens’s departure from Napoli has been confirmed after he and the Partenopei failed to agree on the terms of a new deal following the expiration of his contract at the end of June.

The Belgian could be an experienced option in attack for clubs in Serie A, and has been linked with a move to Inter this summer on a free transfer.

Mertens expects that now that Inter have sealed the departure of Sanchez, they could look to make him their fifth attacker as a player with a similar profile to the Chilean but on lower wages.

Hakan Calhanoglu To Play For Starting Spot In Inter’s Serie A Clash With Roma With Henrikh Mkhitaryan, Italian Media Report

Inter midfielder Hakan Calhanoglu is fully fit to start this evening’s Serie A clash with Roma, and will play for a place in the starting…

Inter Midfielder Kristjan Asllani To Be Given “Baptism Of Fire” In First Start Against Roma This Evening, Italian Media Report