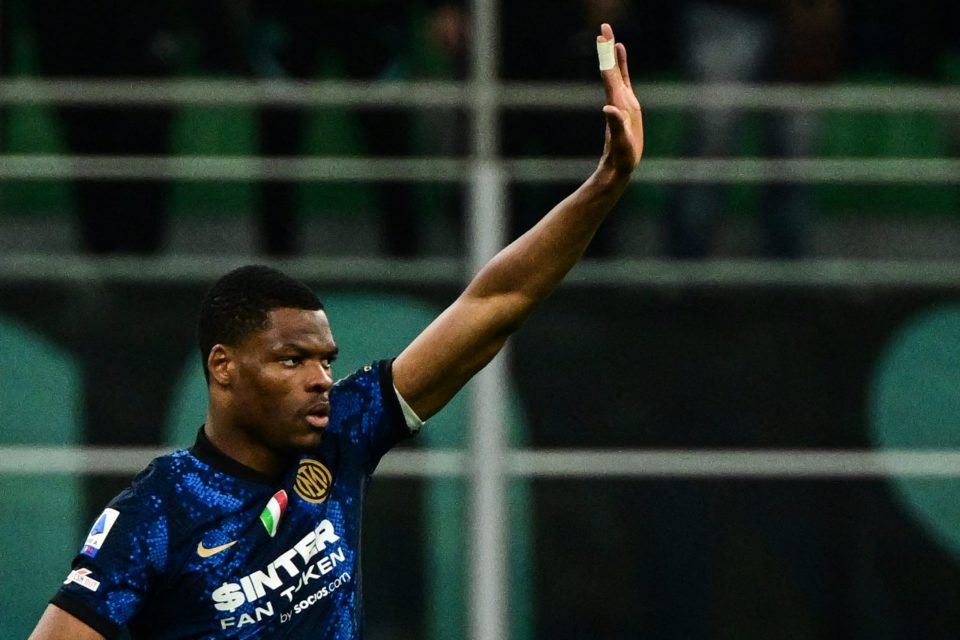 Inter head coach Simone Inzaghi is determined not to lose Denzel Dumfries before the end of the summer transfer window, but Chelsea are continuing in their chase of the Dutchman.

This according to today’s print edition of Rome-based newspaper Corriere dello Sport, who report that the 26-year-old’s situation is still uncertain but that the Nerazzurri coach has made his desire to keep hold of the player clear.

Chelsea have identified Dumfries as a major target, and the London-based club’s next offer could arrive shortly after the Nerazzurri rejected their initial bid.

The Blues are pushing to sign the Dutchman and will not yet give up, although Inzaghi’s desire to keep the player could play a decisive role.

The former Lazio coach feels that especially following the departure of Ivan Perisic on a free transfer earlier in the summer the loss of a player of the quality of Dumfries would deprive the team of significant quality on the wing.