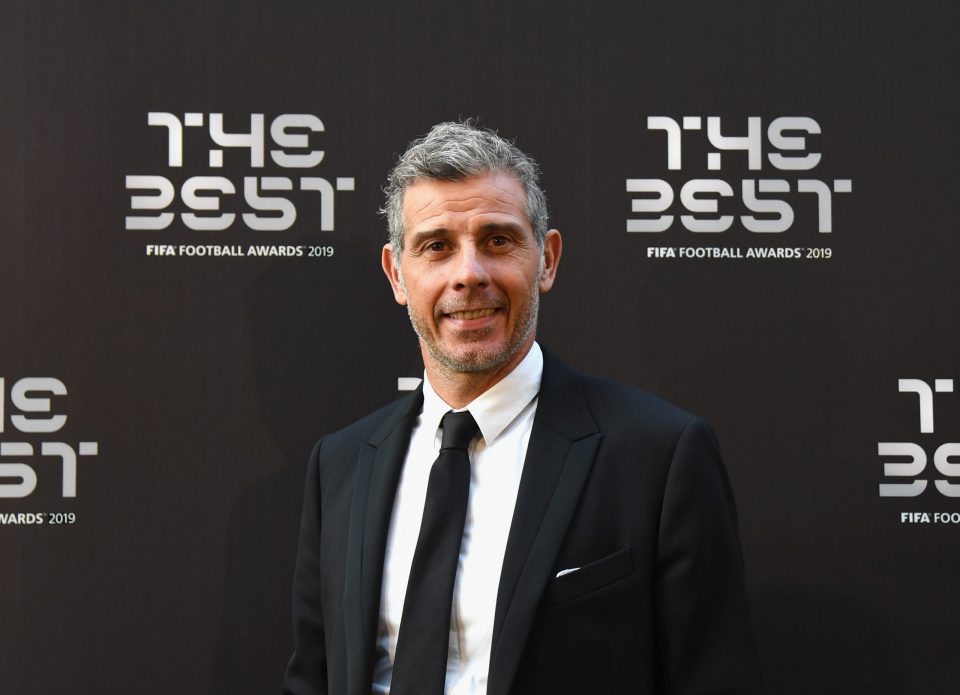 Former Inter and Fiorentina goalkeeper Francesco Toldo has revealed that his children are Inter fans rather than Fiorentina fans, according to a report in the Italian media.

Speaking during an interview with Fiorentinanews.com, via FCInternews, the former goalkeeper gave a very valid reason as to why his kids have got a clear allegiance to one of his former sides and not the other.

He explained that they were born in Milan whilst he was playing for Inter and that is where they were raised.

“My children, Viola fans? No, they cheer for Inter because they were born and raised in Milan.”

Francesco Toldo made an incredible 266 appearances for La Viola between 1993 when he joined the club and 2001 when he moved on to Inter.

In the nine years that he then spent with the Nerazzurri after his move, he made 148 appearances. He won the Coppa Italia twice with Fiorentina.

He ramped it up at Inter as he won five Scudetti and won the Champions League with the Nerazzurri.