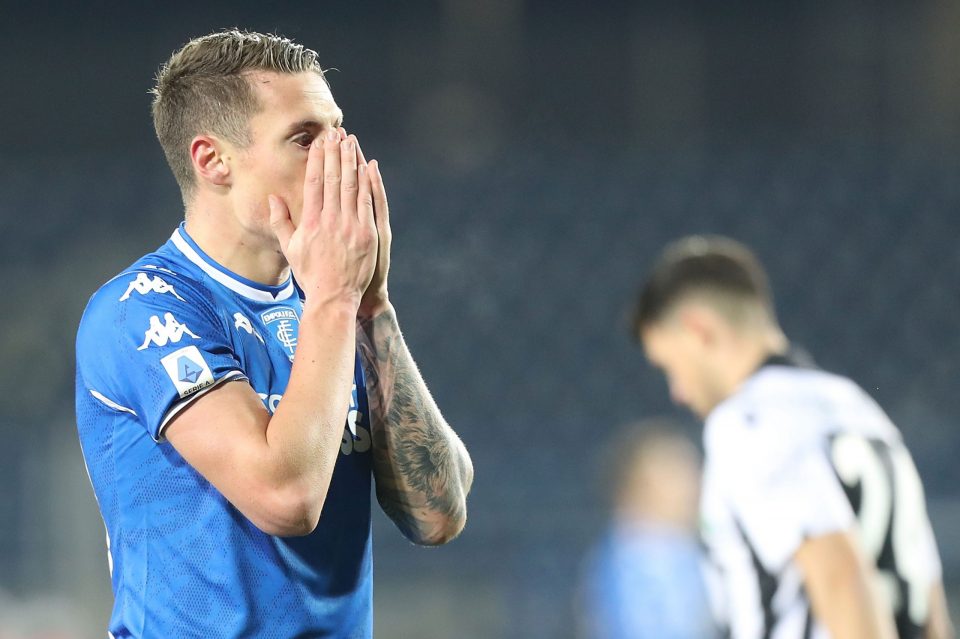 Inter’s hopes of signing a new defender to bolster the depth in the squad are dependent on Andrea Pinamonti being sold, according to a report in the Italian print media today.

As has been reported by  La Gazzetta dello Sport today, the Nerazzurri know that they need to sign another central defender to replace Andrea Ranocchia, preferably someone who has similar characteristics to Stefan de Vrij to be his backup.

In order for the money to become available, they need the sale of Andrea Pinamonti to go through. The Italian is definitely leaving this summer, but his move to either Atalanta or Sassuolo seems to have frozen for now.

He said yes to Atalanta boss Gian Piero Gasperini weeks ago but the two clubs have not come to an agreement on the fee.

Sassuolo are in the picture again as they are likely to lose Giacomo Raspadori in the coming weeks.