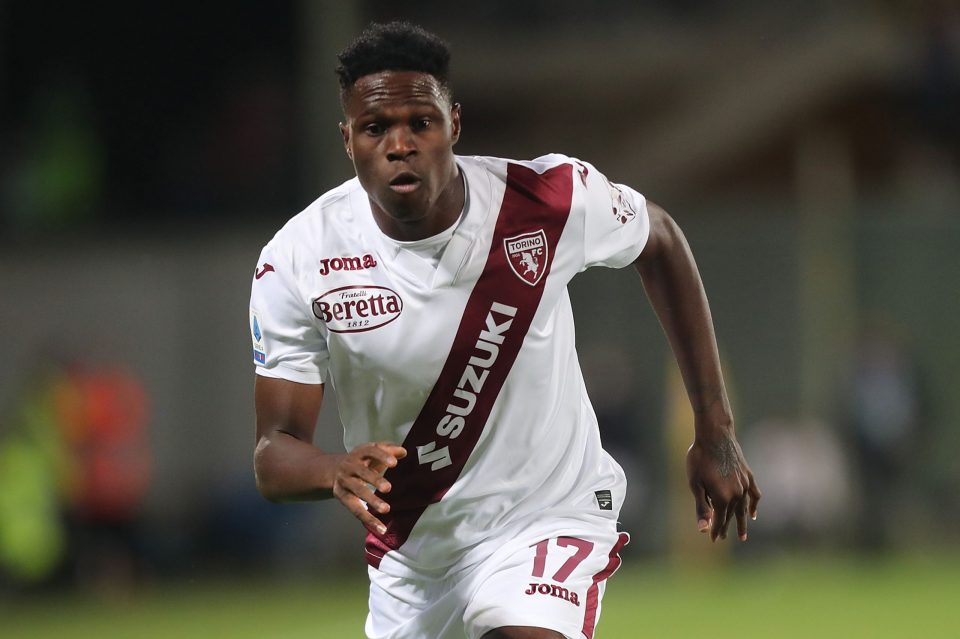 Torino defender Wilfried Singo is in pole position to replace Denzel Dumfries at Inter should he be sold this summer, according to a report in the Italian broadcast media tonight.

As has been reported by Sportitalia, via FCInternews, the Torino wingback is the player that Inter have identified as the best possible replacement should they accept a bid for Denzel Dumfries in the coming days or weeks.

The Dutchman now seems to be the number one suspect to be sold by Inter in order to raise some money and they would likely accept a bid of €40 million for him if a bid came in from Chelsea or Manchester United.

If the former PSV Eindhoven player is turning out for a Premier League side next season, Inter want to make sure that they have the young Wilfried Singo wearing a Nerazzurri jersey. It would not be hard to convince him to come to the club.