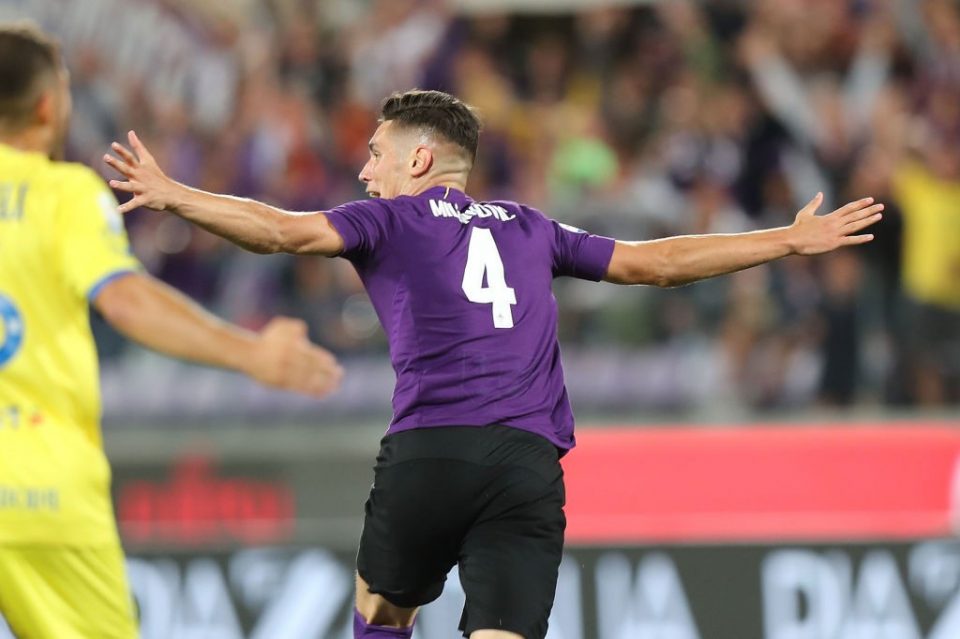 Fiorentina defender Nikola Milenkovic is looking increasingly likely to remain at his club despite having been linked with moves to Inter as well as other teams throughout the summer transfer window.

This according to today’s print edition of Milan-based newspaper Gazzetta dello Sport, who report that La Viola are looking more and more likely to keep hold of the 24-year-old as the transfer window edges closer towards closing.

Milenkovic had been on Inter’s radar for much of the summer transfer, particularly in the event that a big money sale of Milan Skriniar were to take place and a like-for-like replacement were to be required.

However, the Nerazzurri have never taken the decisive steps to sign the Serb, nor have other interested clubs such as Juventus, Sevilla, or Arsenal.

Accordingly, Fiorentina are becoming less and less receptive to the possibility of a sale of Milenkovic, who now looks likely to stay in Tuscany instead.