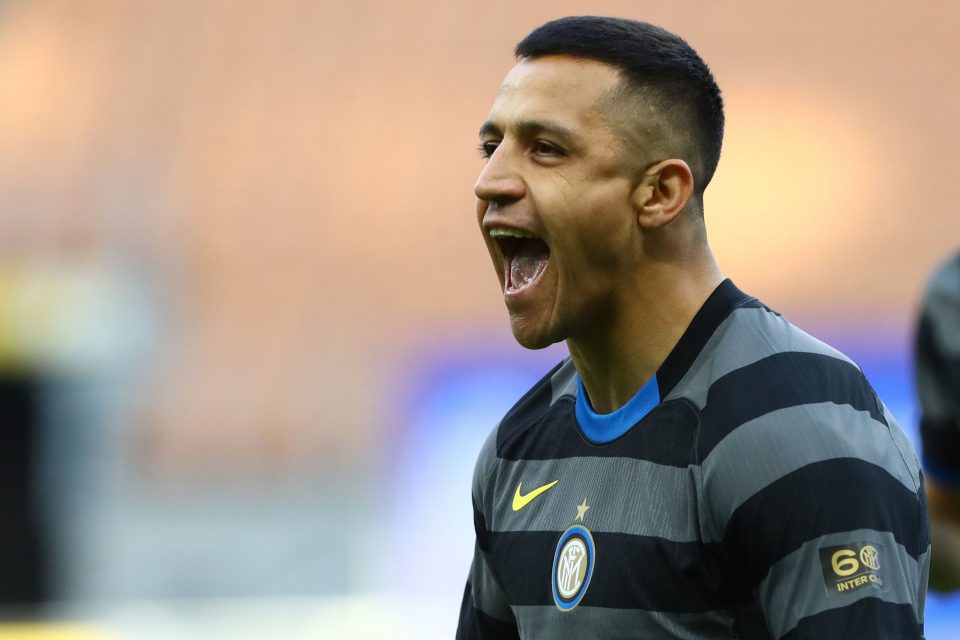 Alexis Sanchez has said goodbye to Inter and to Serie A following his time in the Italian top flight.

Writing in a message on his Instagram story, as reported by FCInterNews, the Chilean looked back on his three trophies won in Italy, having added the Serie A title, the Coppa Italia, and the Supercoppa Italiana to his trophy cabinet across the past two seasons.

Sanchez spent three seasons at Inter after joining from Manchester United during the summer of 2019, reaching the Europa League final and finishing second in Serie A in his first campaign with the club before winning the Scudetto in his second.

The Chilean had been linked with an exit from the club last summer but instead stayed for one more season, and he managed to add two more trophies to his resume by winning both of Italy’s domestic cups with the Nerazzurri.

Sanchez posted his goodbye message on his Instagram account, “I leave this place with three trophies after eleven years.”