Inter would be willing to offers worth €15 million for midfielder Cesare Casadei, who is a target for Chelsea and OGC Nice.

This according to today’s print edition of Rome-based newspaper Corriere dello Sport, who report that the Nerazzurri have a benchmark for offers for the 19-year-old which would cause them to listen to bids as clubs start to chase him.

Chelsea have already had an offer worth €8 million form Casadei rejected by the Nerazzurri, who would want a significant fee for the midfielder if no buyback clause is included, but they are not warned off of him.

Meanwhile, Ligue 1 side Nice have emerged as real contenders to sign the 19-year-old, and they are also thinking about making a financially significant offer.

Inter will wait and see what bids come in from Chelsea and Nice, but €15 million would represent the point at which point they would become ready to consider a sale.

Inter Defender Milan Skriniar: “Simone Inzaghi Is Like One Of Us, Disappointed Not To Win Serie A But AC Milan Did Well”

Inter defender Milan Skriniar feels that current Nerazzurri coach Simone Inzaghi has a good understanding of and relationship with the players in the squad.Speaking to… 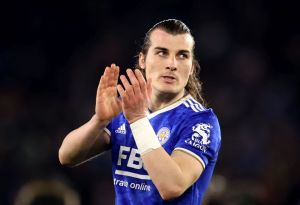 Italian journalist Mario Sconcerti believes that the loss of midfielder Marcelo Brozovic to injury will be a huge miss for Inter.Speaking to Italian news outlet…