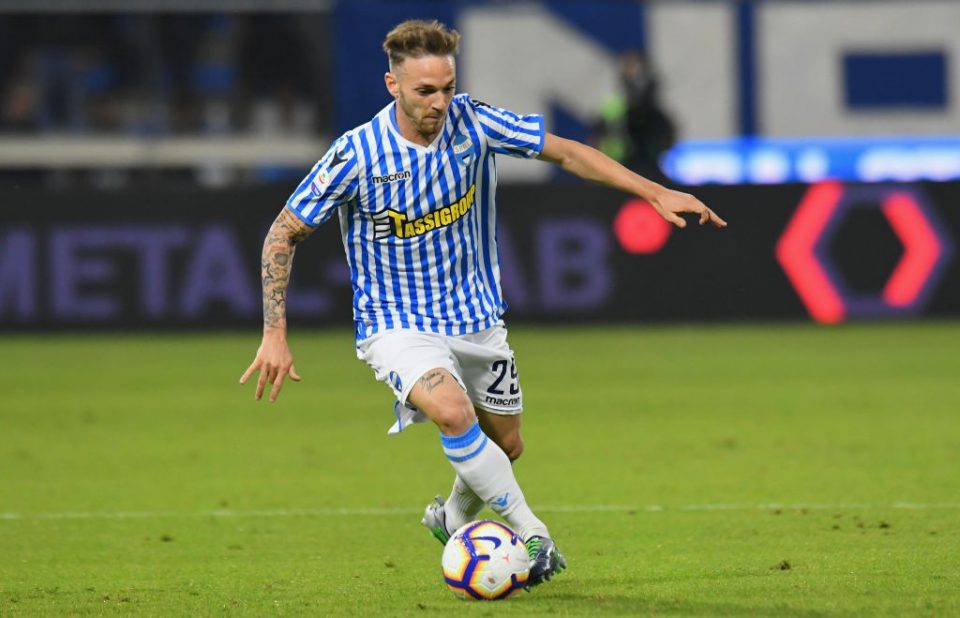 Inter could target Lazio wingback Manuel Lazzari as a replacement in the event that they sell Denzel Dumfries amid Chelsea interest.

This according to today’s print edition of Turin-based newspaper Tuttosport, who report that the 28-year-old would be a likelier target than Torino’s Wilfried Singo due to the latter being too expensive, whilst Leicester City’s Timothy Castagne and Real Madrid’s Alvaro Odriozola are also on their radar.

Inter are still expecting that Chelsea could make a late push to sign Dumfries, and if the Blues’ offer were to go high enough they could still decide to sell.

In the event that Dumfries is on his way, a like-for-like replacement would be sought, but Singo would likely be out of the price range despite having been identified as an ideal profile.

Lazzari is another name high on the Nerazzurri’s list to take over from the Dutchman, however, and has already proven that he can work under coach Simone Inzgahi.