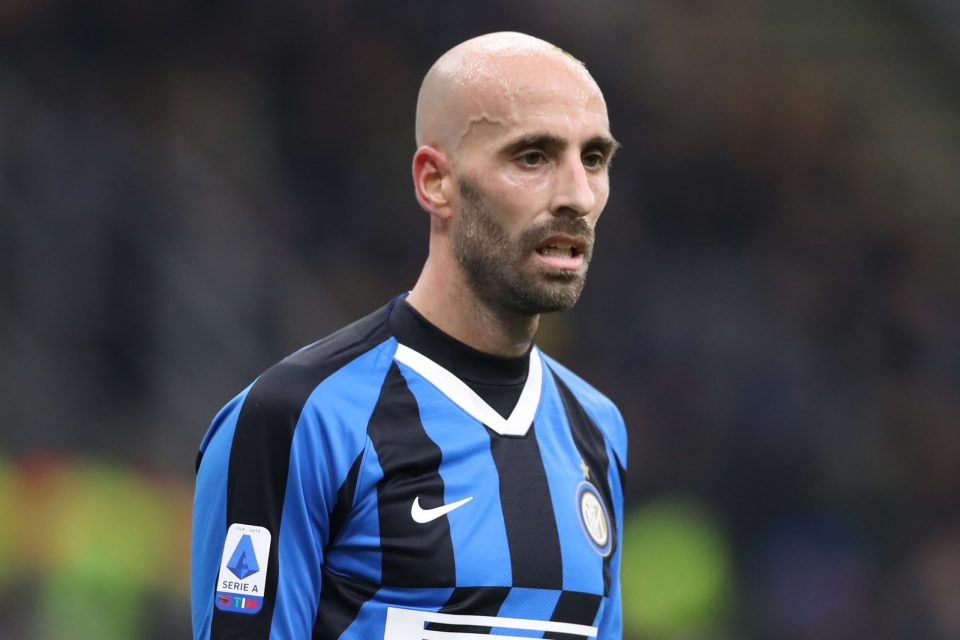 Former Inter and Fiorentina midfielder Borja Valero feels that Inter striker Romelu Lukaku and Lautaro Martinez are still trying to play together in the same style that they had under Antonio Conte.

Speaking to Italian broadcaster DAZN, the Spaniard observed that the Nerazzurri’s two main strikers had tried to follow the same patterns of play that they had in their two seasons under Conte and that they must work on finding a new chemistry together.

Lukaku is back at Inter and even though only he was only gone for one season, a lot has already changed since the Belgian last played in a Nerazzurri shirt.

The 29-year-old reunites with his former strike partner in the form of Martinez, but while the two had clearly shown the ability to play together during Lukaku’s initial spell at Inter, it is not immediately obvious that they will be able to find the same level of chemistry under Simone Inzaghi.

“They tried to play the way they did together while Conte was there,” Valero said of their second debut together against Lecce, “he had worked a lot on building chemistry between them, and now they aren’t combining as well.”

He continued that “The mechanisms between them need to become a bit more well-oiled.”