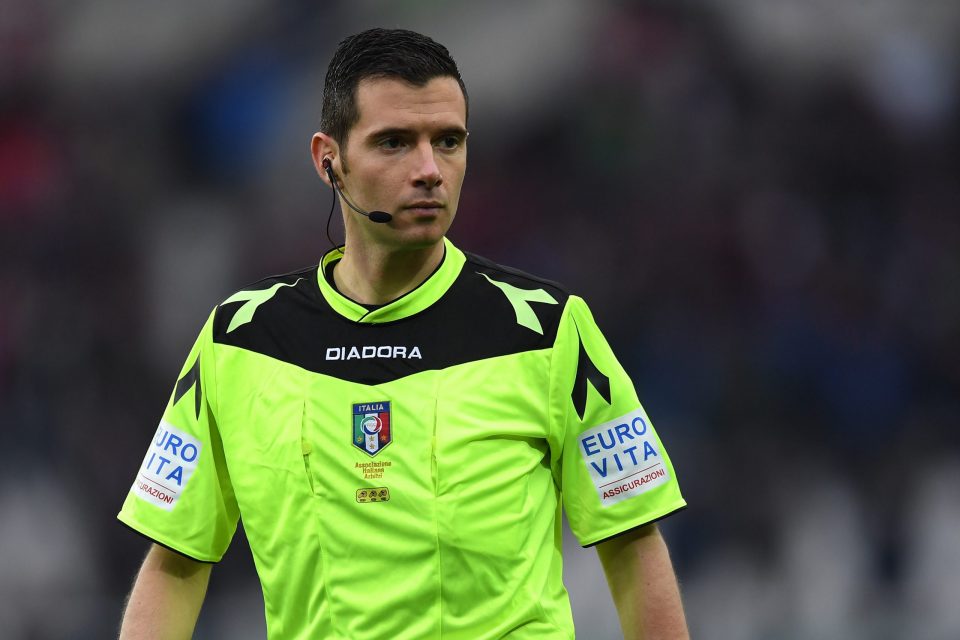 Referee Davide Ghersini has been appointed to take charge of Inter’s Serie A home debut against Spezia on Saturday.

This is confirmed by an official announcement by the Lega Serie A which lists the head officials as well as the entire refereeing crews for each of the weekend’s Serie A fixtures, as reported by FCInterNews.

Ghersini will be assisted in his duties by the likes of Damiano Di Iorio and Edoardo Raspollini, whilst the role of fourth official will be filled by Antonio Santoro.

In the VAR booth, Valerio Marini will oversee the action to ensure that any clear and obvious errors by the on-pitch officials are corrected, whilst he will be assisted in his duties by Marco Guida.

The Nerazzurri will be hoping that the focus remains on the action on the pitch rather than on any officiating controversy as they go in search of their second win in a row to start the campaign.