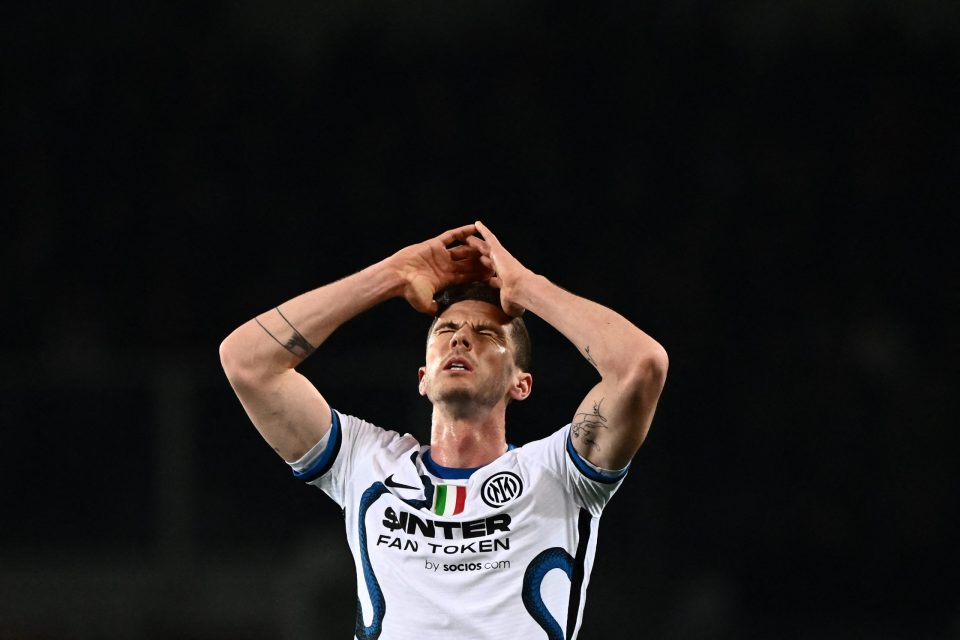 Inter defender Robin Gosens is at risk of being dropped by Simone Inzaghi and replaced by Federico Dimarco, according to a report in the Italian print media today.

As has been reported by La Gazzetta dello Sport today, Robin Gosens does not have a very secure place in the Inter starting lineup despite Ivan Perisic moving on to Tottenham Hotspur during the summer.

The Croatian leaving paved the way for Robin Gosens to make the left wingback position his own but he has struggled for fitness during the summer and it is affecting Simone Inzaghi’s confidence in him.

Another factor is that Federico Dimarco has had a very positive pre-season and is looking the sharper out of the two.

There seems to be a widespread belief at Inter that the Italian is better at crossing the ball than the German and now that Romelu Lukaku is in the team, that could be really important.