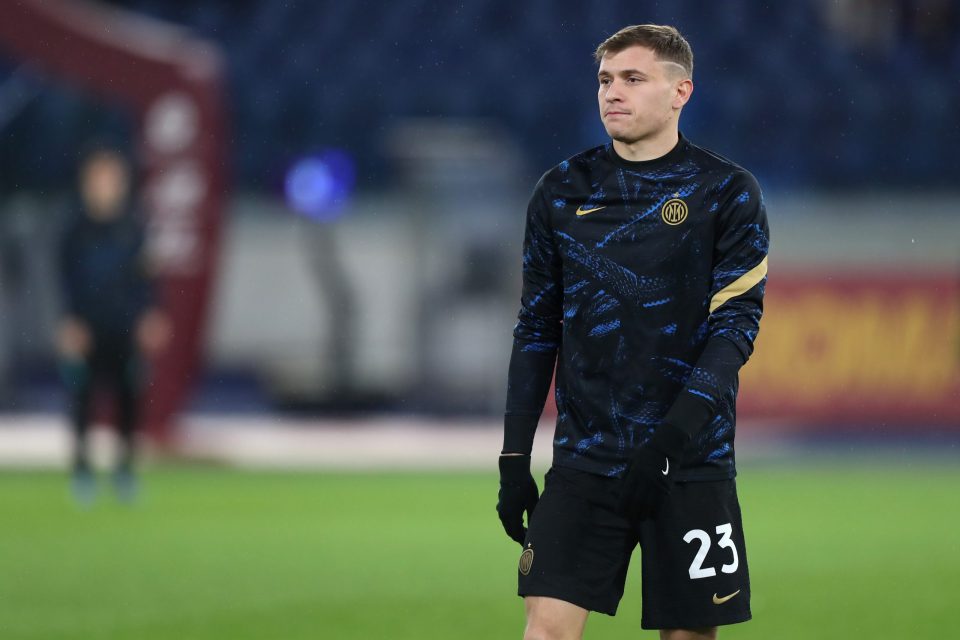 Inter midfielder Nicolo Barella feels that forward Ronaldo was the best Nerazzurri player of all time.

Speaking in the matchday program for this evening’s Champions League clash with Bayern Munich, via FCInter1908, the 25-year-old named the Brazilian as his pick for Inter’s best ever player, and also spoke about drawing inspiration from legendary former Inter midfielder Dejan Stankovic.

Ronaldo was one of Inter’s most iconic players, and whilst the Brazilian did not play as many matches or win as many trophies as some others in the club’s decorated history, in terms of pure natural talent and eye-catching flair, he is many’s pick for the best player who’s worn the Nerazzurri shirt.

Barella named the Brazilian as the player from Inter’s past he’d like to have as a roommate, stating that “He’s the best Inter player of all time.”

Asked who he would like to have as a midfielder partner, Barella named Stankovic, whilst as a player he’d like to have trained against, he replied “Adriano, he’s a player I’d have loved to have seen in training.”

He went on about the inspiration of Stankovic, stating that “I’ve always said that Stankovic was the prototype of the player I model myself on, Daniele Conti also influenced my path with his humility, his example, and his love for Cagliari.”

As for some of his favourite memories in an Inter shirt, Barella said that “It’s difficult to choose a goal, my first in a Nerazzurri shirt was against Slavia Prague, but I have a wonderful memory of the second, the one against Verona because it was 1-1 with seven minutes to go and it gave us a comeback win.”

“I took the ball from De Vrij, I took it to a central position and curled it under the crossbar,” he recalled. “I remember the roar of the packed stadium, the love from the fans, the embrace of my teammates, I still shiver when I think about it.”