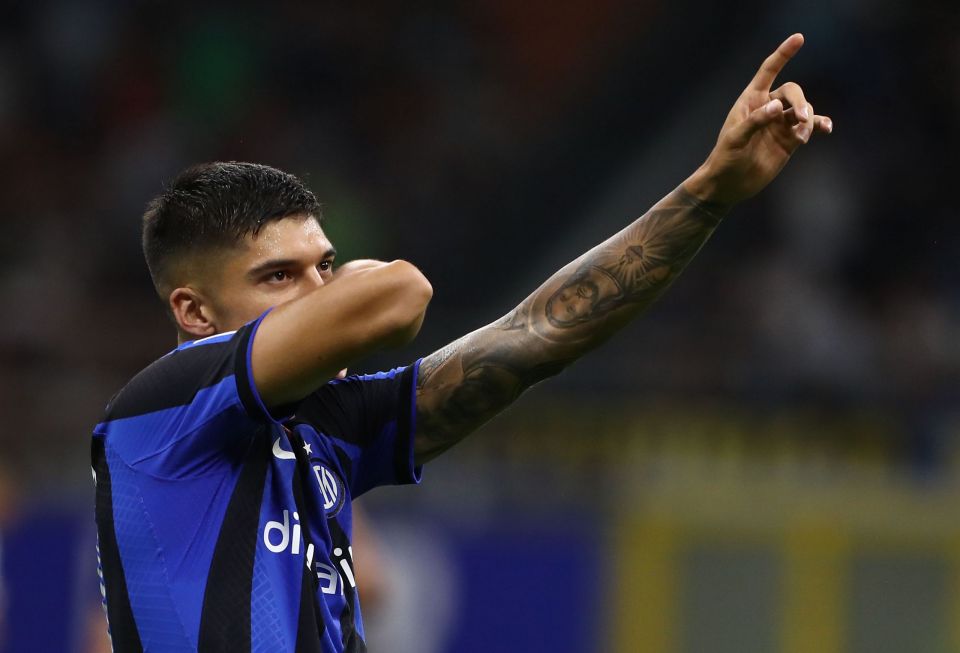 Inter forward Joaquin Correa feels that squad rotation is important for the Nerazzurri to achieve their aims even if it means that not everyone in the team is able to play all the time.

Speaking to Italian broadcaster Sky Sport Italia ahead of this afternoon’s Serie A clash away to Udinese, the Argentine spoke about the fact that the team has been rotated significantly through the season so far.

Inter coach Simone Inzaghi has once again put out a team with a number of changes to the starting eleven to face Udinese, and the coach has not been shy about trying to get the best out of the entire squad he has available to him even if it means regularly chopping and changing the team.

This has meant that everyone has gotten at least some chance to shine, although virtually no one has been called upon for every match, and for Correa the important thing is being ready when called upon.

“Everyone in the team wants to play, but we have a lot of quality and so there’s going to be rotation, and everyone makes themselves available to the coach when called upon,” he said.