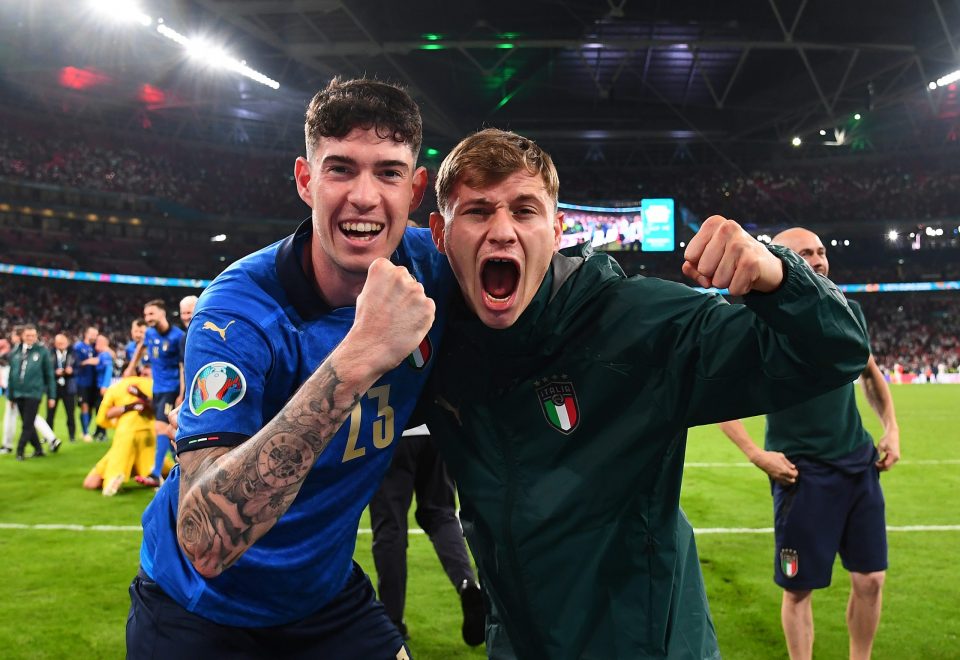 Inter midfielder Nicolo Barella and defender Alessandro Bastoni are both set to start for the Italian national team in their Nations League clash with England on Friday.

This according to Italian broadcaster Sky Sport Italia, who include the Nerazzurri duo in their predicted starting lineup for the match, also reporting that Azzurri coach Roberto Mancini is likely to switch to a 3-5-2 formation for the clash.

Four Inter players have been called up for the Azzurri’s squad over the national break, in the form of Barella and Bastoni as well as defenders Francesco Acerbi and Federico Dimarco.

According to Sky, Acerbi and Dimarco are likely to start on the bench in Friday’s match, but both Barella and Bastoni will play from the start.

Their complete predicted starting eleven for the match is as follows: