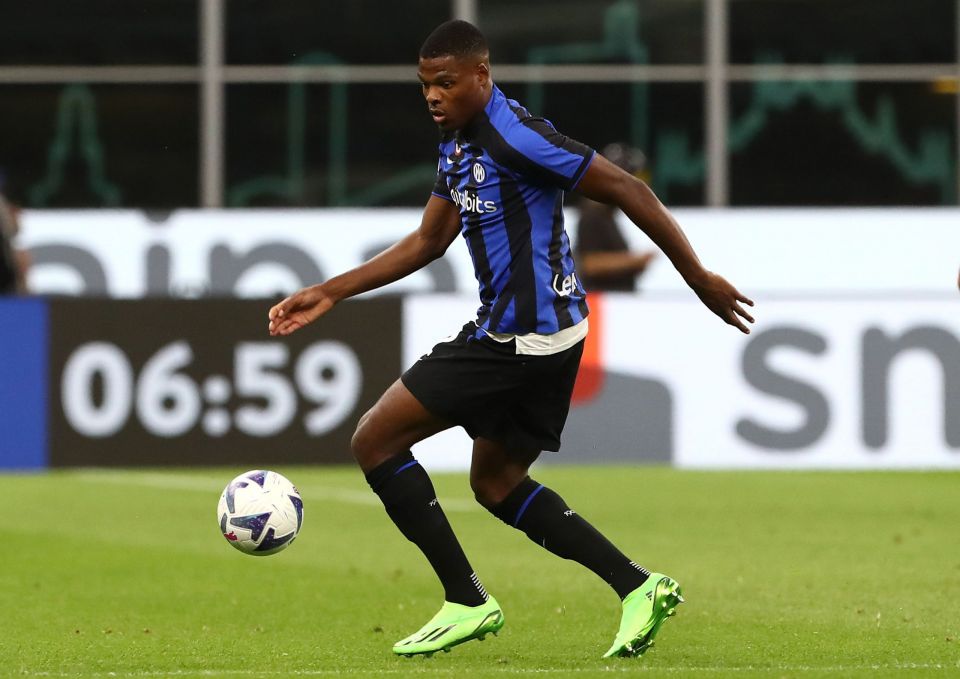 Atletico Madrid have shown serious interest in signing Denzel Dumfries from Inter in a deal that could come to around €40 million, according to a report in the Spanish media this evening.

As has been reported in Spain by Todofichajes.com, the La Liga side are very keen in signing a new player for the right side of the pitch and Denzel Dumfries is at the top of their list.

He would effectively be the replacment for Nahuel Molina who has not impressed since he joined the Spanish side from the Italian club Udinese.

Inter have set the price tag for the Dutchman at €50 million but it is believed that if a bid were to come in for €40 million, a deal could be done.

More than just one club have been on his trail. Barcelona and Real Madrid have both been linked with a move although their interest does seem to have cooled in recent months.