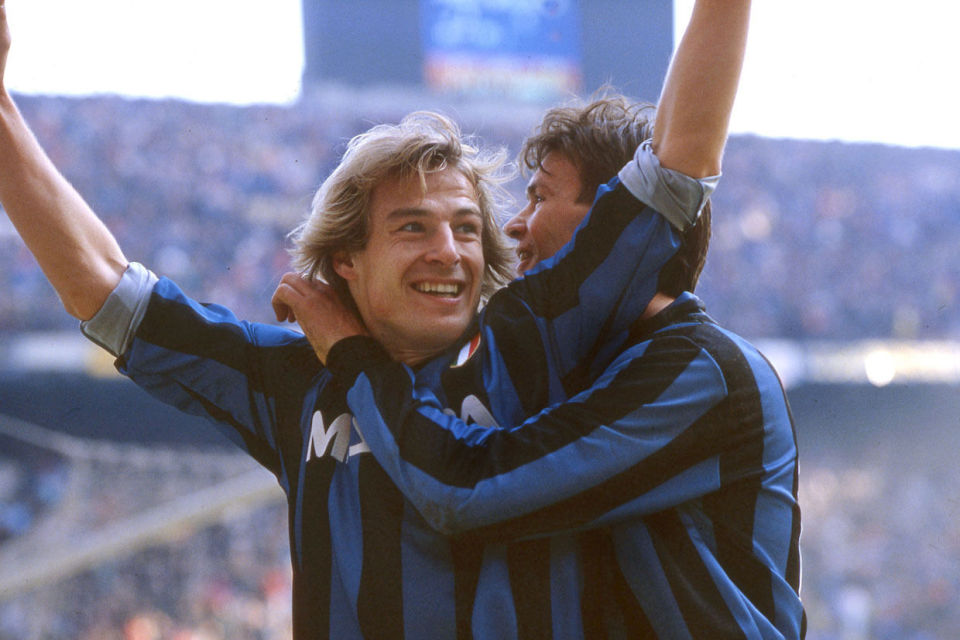 Former Inter president Ernesto Pellegrini has said that former AC Milan president Silvio Berlusconi offered him 15 billion Lire for Jurgen Klinsmann, according to a report in the Italian media.

As has been reported by FCInternews, the former president was speaking at the dinner that he organised to commemorate the 1991 UEFA Cup win. Players who were part of that squad were at the dinner and they included former German striker Jurgen Klinsmann.

Ernesto Pellegrini recounted a conversation that he had with Silvio Berlusconi upon seeing just how good the German player was in an international match.

“Jurgen, you don’t know that at the 1990 World Cup in Italy I saw the Germany-Holland match in Milan, alongside Berlusconi.

“There were Inter players with Brehme and Matthaus and the Milan players Gullit, Rijkaard and Van Basten. You won 2-1, you scored the first goal and at the end Berlusconi said to me: ‘I’ll give you fifteen billion lire for Klinsmann’. But I didn’t give in and I’m happy that you stayed at Inter.”

Jurgen Klinsmann played for the Nerazzurri between 1989 and 1992 and he played almost 100 games for the club. He netted almost 40 times.

He won the aforementioned UEFA Cup with Inter and also the Supercoppa Italiana in 1989. Other honours came during his time with Bayern Munich and with the German national team.