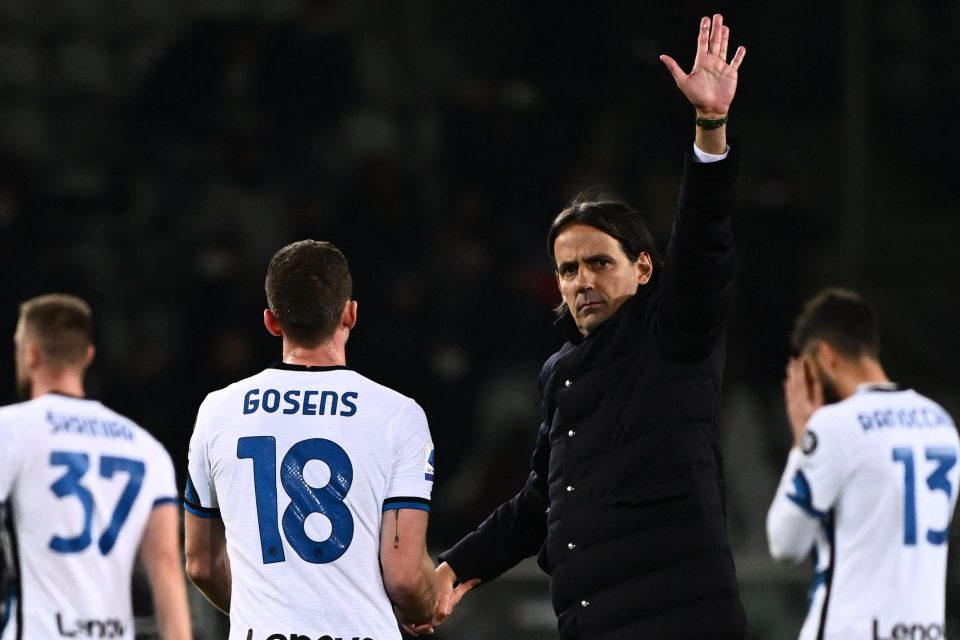 The Inter hierarchy assured head coach Simone Inzaghi that his job is not under threat during a summit at Appiano Gentile on Thursday, according to a report in the Italian media.

As has been reported by La Repubblica this evening, the Italian coach is not going to be sacked by Inter any time soon unless there is a seriously dramatic downturn in results.

The 3-1 loss against Udinese at the Dacia Arena last weekend sparked huge amounts of rumours around the future of Simone Inzaghi but it will take a lot more for the club to pull the trigger on the coach.

Simone Inzaghi met with Inter president Steven Zhang at Pinetina on Thursday along with CEO Beppe Marotta, sporting director Piero Ausilio and his deputy Dario Baccin. Discussions centred on how the current situation can be improved.

It was also made clear that there is no intention to find a new coach at this stage.