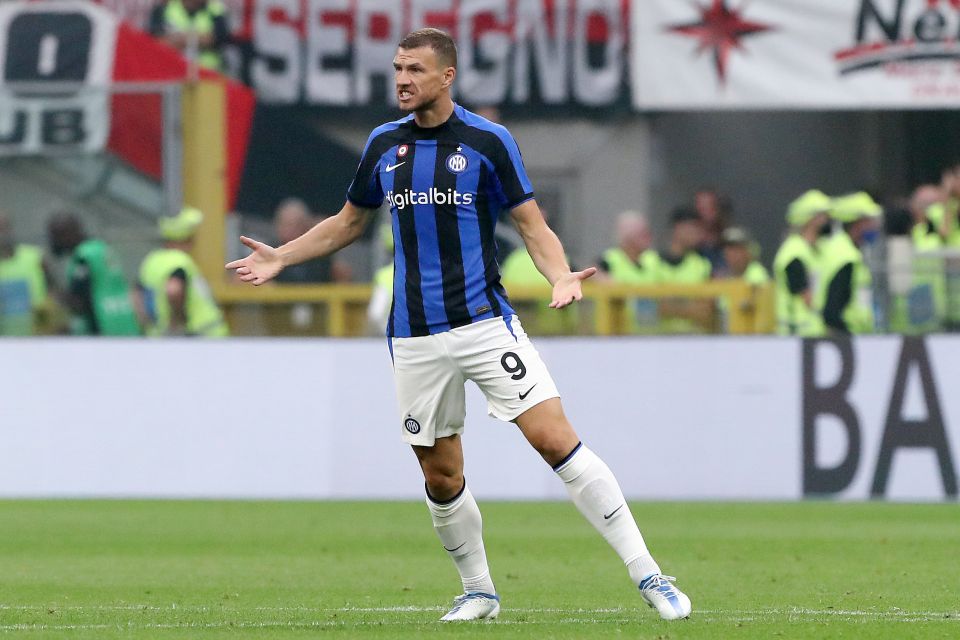 Edin Dzeko’s chances of renewing his contract with Inter are reducing with many clubs starting to show an interest in the Bosnian, according to a report in the Italian media.

As has been reported by FCInternews, Edin Dzeko is not one of the renewal priorities for the Inter hierarchy on the same level as the likes of Milan Skriniar.

His current deal runs out at the end of this season but he is unlikely to be offered a deal on the same terms as he is on right now.

That opens the door to clubs in MLS or the Middle East to offer him a lucrative contract to end his career on. If he is not quite finished with Italy, he does have an offer from Vincenzo Montella’s Adana Demirspor in the Turkish Super Lig.

He turned down many offers in the summer to stay at Inter and it remains to be seen if he will do that again.