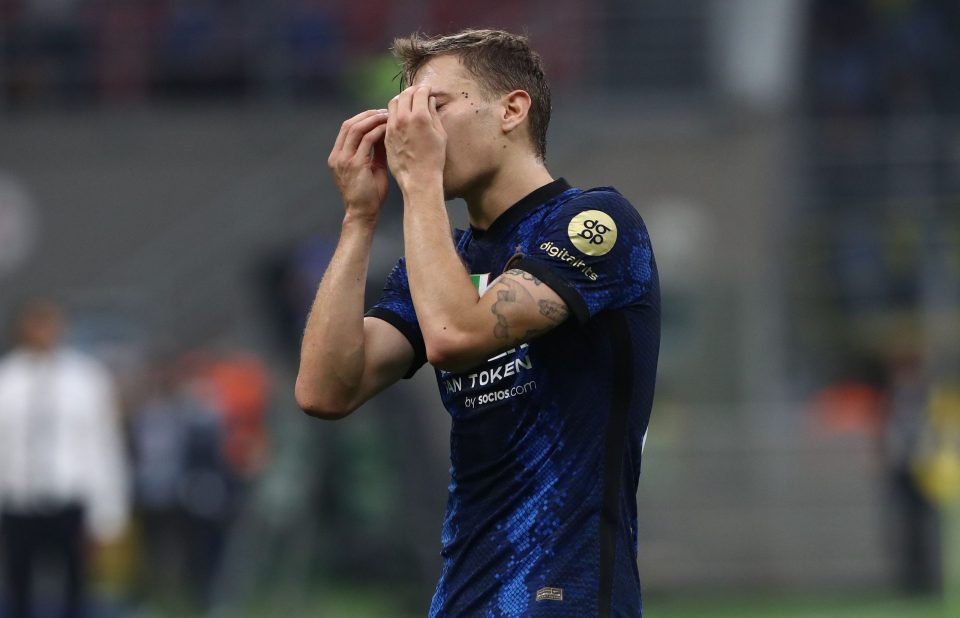 Inter midfielder Nicolo Barella has come under fire for his performance against England with the Italian national team on Friday night, according to a report in the Italian media today.

As has been reported by La Gazzetta dello Sport when handing out their match ratings after the 1-0 win for the Azzurri, Nicolo Barella was one of the least inspiring players.

He was given a rating of 5/10 after he struggled to really impose himself on a sluggish looking England team.

His long-range passing was much less accurate than many have become accustomed to and that meant that he was replaced in the second half by AC Milan’s Tommaso Pobega.

In terms of other Inter players, Francesco Acerbi received a solid 6/10 rating whilst Federico Dimarco was one of the standout players who received a score of 7/10.

Italy won the game thanks to a goal from Napoli’s Giacomo Raspadori.