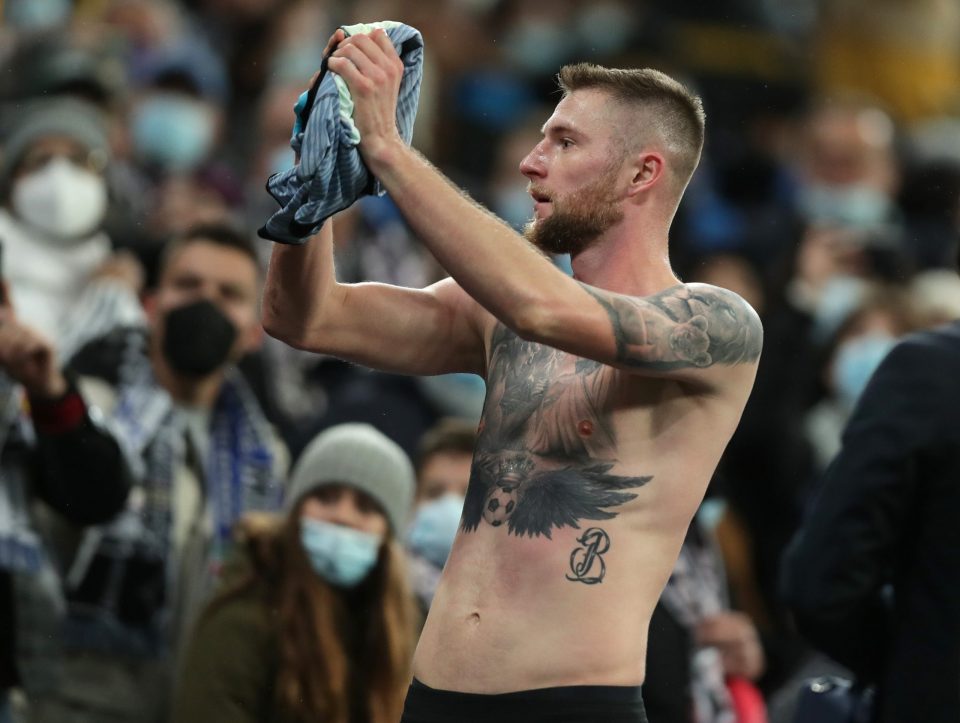 October is set to be the decisive month for determining the status of Milan Skriniar’s future at Inter, as Paris Saint-Germain lurk with a strong interest in signing him as early as January.

This according to today’s print edition of Milan-based newspaper Gazzetta dello Sport, who report that the Nerazzurri will push to have the 27-year-old’s contract status resolved in talks which pick up after the two Champions League clashes with Barcelona next month.

Inter have yet to sit down for contract extension talks with Skriniar, but they are more than aware of the imminent significance of the matter, which sees the Slovakian’s current deal run out at the end of June 2023.

One way or the other, Inter will not want to lose the 27-year-old on a free transfer at the end of the current season, and so they could even be amenable to selling him in January if they are not able to agree a new deal with him before then.

Next month is set to be the period when the Nerazzurri really press the issue in talks, with their aim being to find clarity without delay regarding Skriniar’s future.