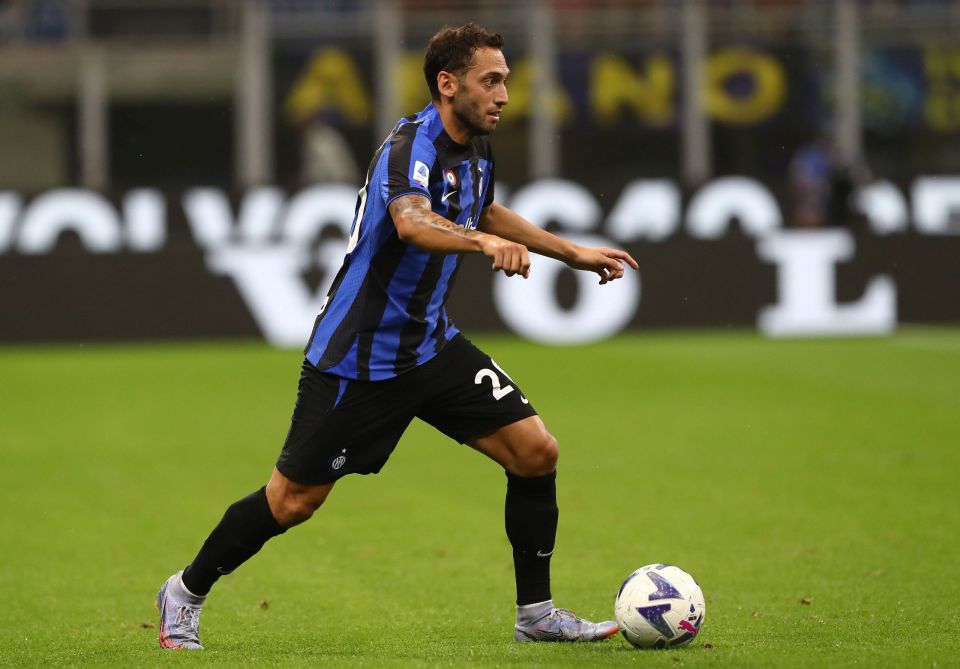 Turkish midfielder Hakan Calhanoglu could be used in a more advanced role for the match against AS Roma after recovering from an injury, according to a report in the Italian print media today.

As has been reported by La Gazzetta dello Sport, the midfeilder has returned to fitness in time for the game against Jose Mourinho’s side and he is in contention to start.

There are suggestions that he is the favourite to be on the left of the midfield three but another suggestion is that a 3-4-1-2 formation will be used by Simone Inzaghi as he seeks to arrest the poor form that the Nerazzurri have been in.

That could mean that Hakan Calhanoglu plays in a trequartista role behind Edin Dzeko and Lautaro Martinez who are expected to be the strikers.

He could feasibly play Henrikh Mkhitaryan in that role as well though so clearly there are decisions to be made.