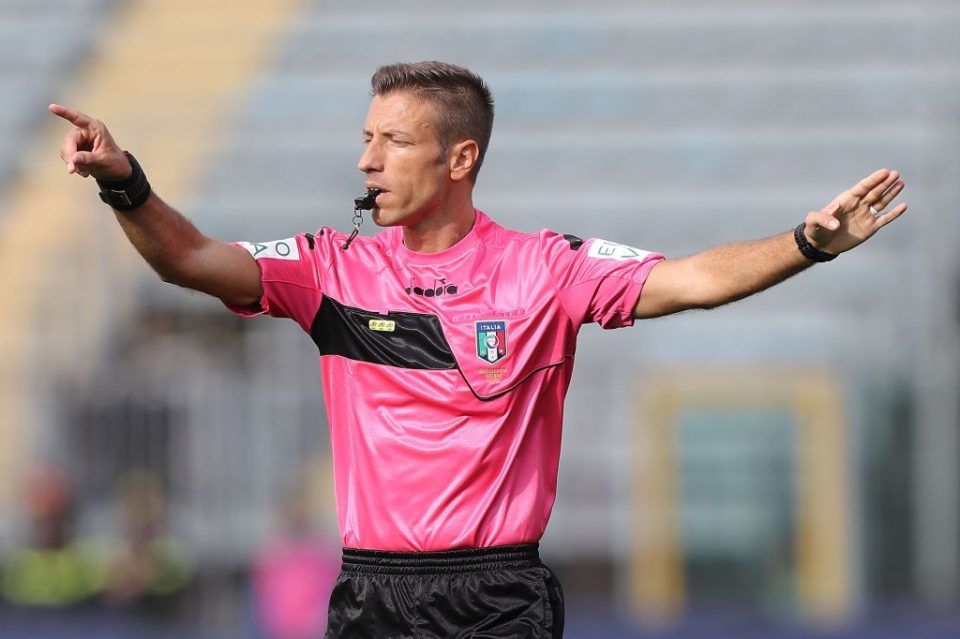 Referee Davide Massa was correct to award the free kick from which Roma scored their second half winner in yesterday’s 2-1 win over Inter.

This is the view of Milan-based newspaper Gazzetta dello Sport, who assess Massa’s performance in the match in today’s print edition and argue that he got the major decisions right.

Massa saw Inter striker Edin Dzeko pull back the shirt of Roma defender Gianluca Mancini, but did not immediately whistle for a free kick, as he preferred to let play flow and see what developed.

However, when it was clear that no real advantage had come to the Giallorossi, the official whistled and pulled play back for the free kick.

Roma midfielder Lorenzo Pellegrini whipped a cross into the box from the subsequent free kick, and defender Chris Smalling scored the Giallorossi’s second and winning goal.

Meanwhile, the Gazzetta note that the VAR was completely correct to disallow Dzeko’s first-half goal for being offside.