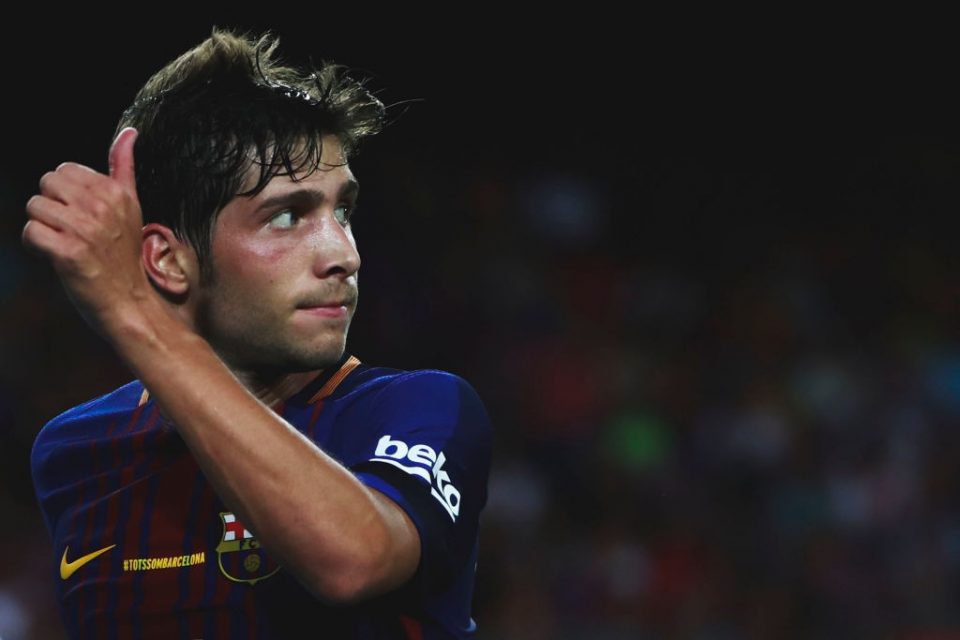 Barcelona right-back Sergi Roberto feels that there was a major inconsistency to the officiating in his team’s Champions League loss to Inter yesterday.

Speaking to the press after the match, as reported by FCInterNews, the 30-year-old highlighted the similarity between the handball contact in the Blaugranas’ disallowed goal and then in the penalty that wasn’t given for a Denzel Dumfries contact on the ball.

Barcelona thought they’d equalized during the second half of yesterday’s match through midfielder Pedri.

However, the ball was determined to have come off the hand of winger Ansu Fati on the way to the midfielder by VAR, and so the goal was disallowed.

Late on in the match, the Blaugranas were hopeful that they would have the chance to equalize from the spot after the ball made contact with Dumfries’s hand in the box.

However, the VAR did not end up awarding a penalty for the incident, to the great frustration of the Barcelona players.

“My teammates who were closer to it saw the play closely and assured me that it was very clear,” he continued.

“We had a goal disallowed for an identical handball, and then for that they didn’t whistle,” the Spaniard voiced his frustration.

“The referee will have his reasons, but sometimes you get the feeling that they don’t really know why they’re whistling.”