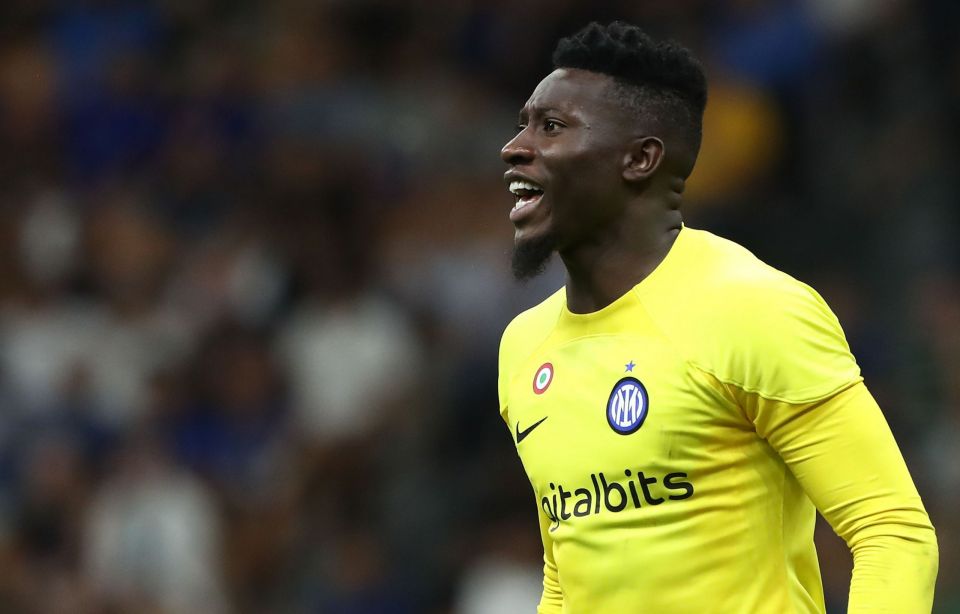 The agent of Inter goalkeeper Andre Onana feels that the Cameroonian will happily accept whatever playing time he gets, though he has the drive to fight to become the starter.

Onana is really starting to establish himself in an Inter shirt a few months after joining in the summer.

The Cameroonian just made his third appearance of the season in a 1-0 win over Barcelona, with all three coming in the Champions League.

It remains to be seen if and when Onana will take over the starting shirt from Handanovic, but at any rate he has great competitive spirit and the desire to win over the fans even more.

Botines explained of the keeper that “He’s a winner, a guy with a very competitive mentality.”

“His performances have been positive,” the agent continued, “he always wants to play and sometimes he’s frustrated at staying on the bench, but he’s aware that it’s a period of adaptation and that it will take a little patience and that’s needed to help the team.”

“Having said that, he respects and will always respect Inzaghi’s decisions,” Botines made clear.

He continued that “From the first moment he arrived he’s felt the love from the fans.”

“Since his arrival in Milan was announced, many Nerazzurri supporters had already welcomed him on social media,” he added.

“In short, he feels the love from the fans whether he plays or doesn’t play, they’re always behind him.”

“He’s his teammate, and they work together every day.”

Of the possibility of Onana becoming the starter at Inter, Botines said that “He’s ready for that already.”

“But it depends on the coach,” he added.

“When he ‘s on the pitch he’ll always do his best, and when he’s on the bench he’ll do everything to support Handanovic and his teammates,” the agent made clear.