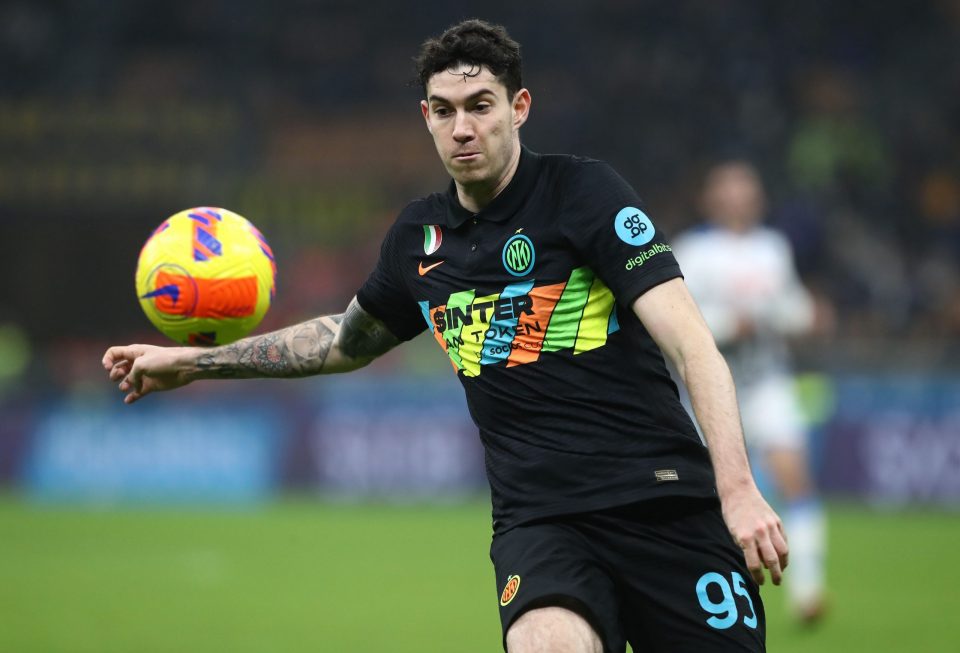 Barcelona fans have been sending threatening messages to the girlfriend of Inter defender Alessandro Bastoni after his controversial Instagram post, according to a report in the Italian media.

As has been reported by FCInter1908, many of the fans of the Catalan club have not taken defeat well and have lashed out at Alessandro Bastoni’s partner who has nothing to do with the controversy.

Alessandro Bastoni caused a lot of anger after the match due to his choice of image for an Instagram post after what had been a very feisty game of football.

The picture in question shows the Italian defender running with the ball whilst he has a hold of Gavi’s shirt.

Gavi looks as if he is being dragged across the pitch by Alessandro Bastoni with a pained expression on his face.

Emails have been sent threatening to kill the Italian defender or kneecap him following the 1-0 win for Inter.