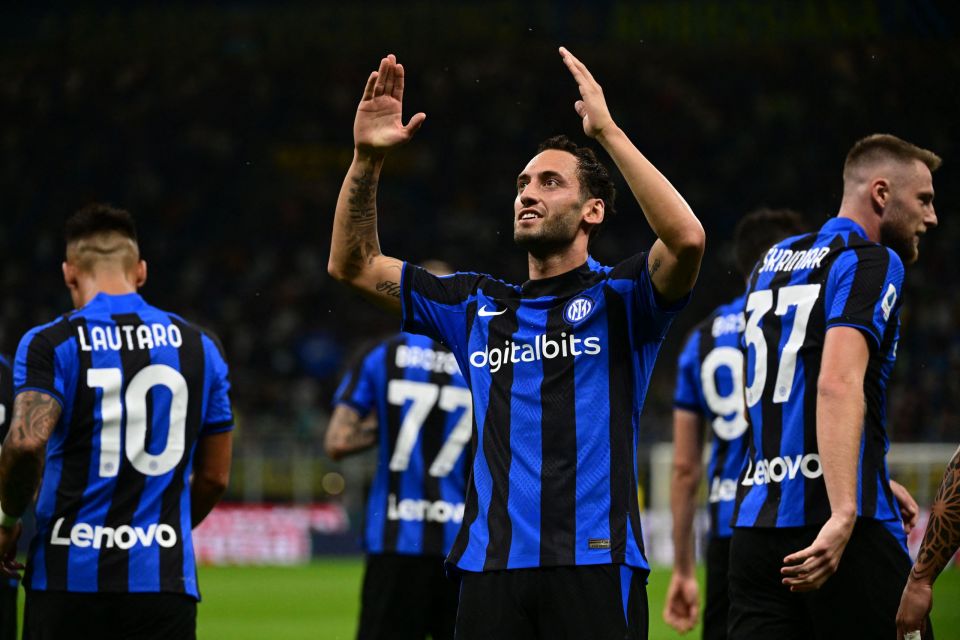 Inter are set to begin talks with the agent of Turkish midfielder Hakan Calhanoglu during the 2022 Qatar World Cup, according to a report in the Italian media today.

As has been reported by Calciomercato.com, the Nerazzurri are certainly happy with the contributions of Hakan Calhanoglu since he joined the club on a free transfer from AC Milan to replace Christian Eriksen.

His current deal runs until June 2024 but Inter have got an option to extend that for another season.

Before the break for the World Cup though, or more likely during, they may go a step further and hold talks with the agent who is expected to be in Milan.

They may offer him a longer renewal which would run until 2026 given they are satisfied with his role at the club and he seems settled too.

It is thought that he may want an increase on the €5 million he currently earns each year.

He did not consider approaches in the summer from either Newcastle United or Nottingham Forest.