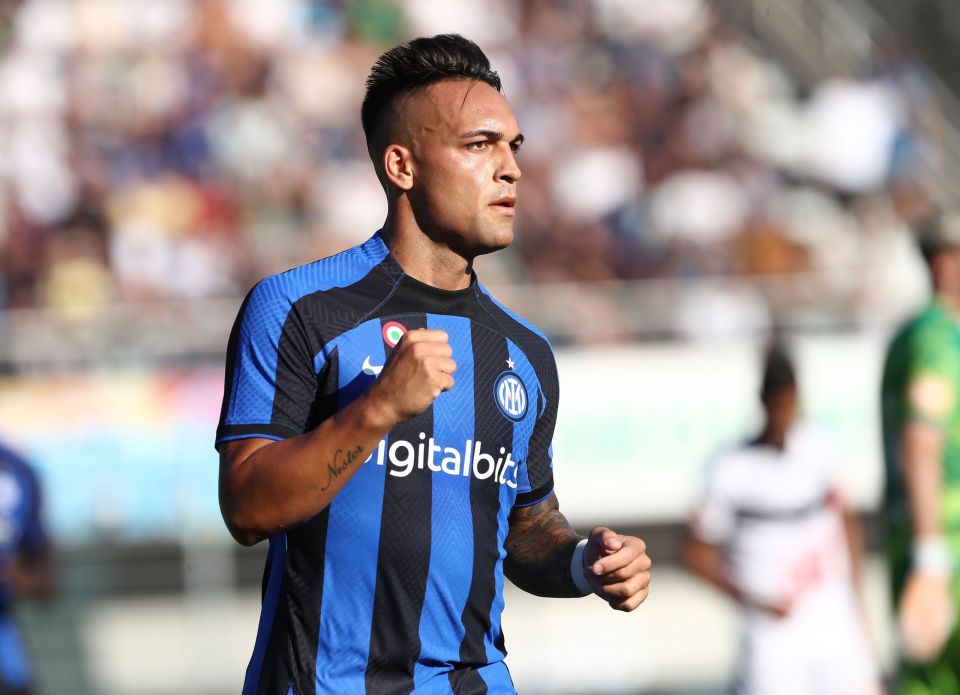 Inter striker Lautaro Martinez has said that he is happy with his goal as well as the overall performance of the team against Barcelona, according to a report in the Italian broadcast media.

Speaking during an interview with Mediaset Infinity after the match on Wednesday night, via FCInter1908, the Argentine forward discussed the fact that he scored his first goal in eight games for the Nerazzurri.

He decided to dedicate the strike which made it 2-1 to Inter to his family, saying “I’m happy for the goal, I dedicate it to my father who has a birthday, my daughter and my family who are always there.”

the 3-3 draw at Camp Nou means that Inter are very close to qualifying for the Round of 16 of Champions League, which is one of the main aims of the season. He stressed that he is delighted by the performance.

“This competition is based on details, Barcelona attacked a lot, we took two goals, one by an own goal and the other with a nice move by Lewandowski, I am delighted with Inter’s performance, especially in the second half we put Barcelona in difficulty.”

He was then asked if the win an draw over Barcelona are results that can help Inter get back to their best in Serie A where they are currently out of form.

“Let’s hope so, let’s work for that. We talked a lot of weeks ago, the team started working for each other and not thinking about the individual, this is important because in today’s football the important thing is the team.”