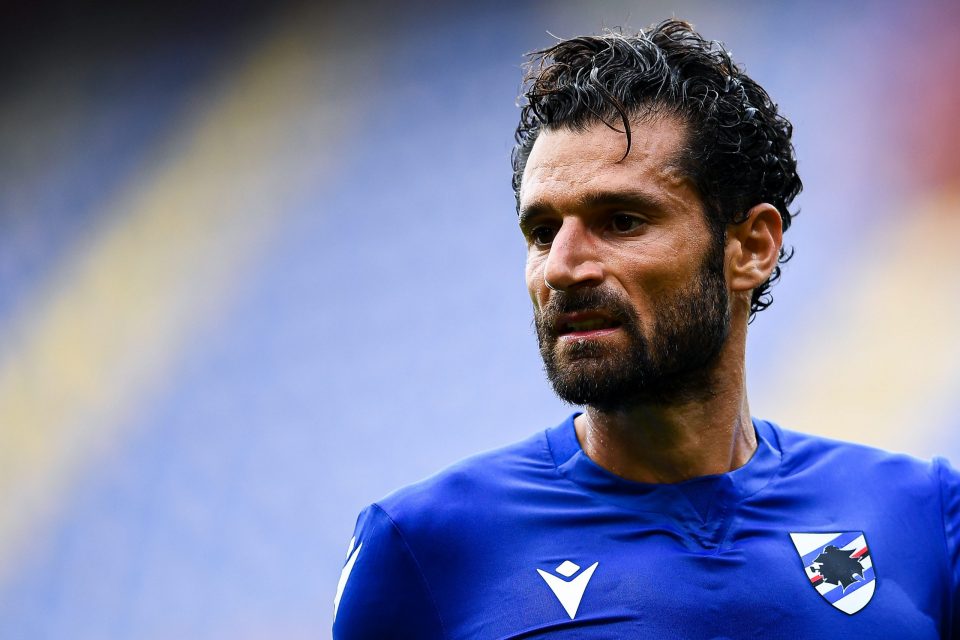 Salernitana wingback Antonio Candreva believes that Inter are still very much in the Serie A title race and can also hope to make an impact in the knockout rounds of the Champions League as well.

Speaking to Italian broadcaster DAZN, the former Inter, Lazio, and Sampdoria player gave the view that the Nerazzurri still have far too much quality to be ruled out for the Scudetto despite having some ground to make up in the table.

Inter find themselves eight points behind frontrunners Napoli in the Serie A table, whilst the likes of AC Milan, Roma, Lazio, and Atalanta have all enjoyed more positive starts to the season.

However, the Nerazzurri have certainly been doing better with their performances in the past few weeks, and could hope to turn things around decisively,

Candreva, for his part, backs his old side to stay in the race and fight for the Scudetto over the rest of the campaign.

“Inzaghi’s team have dropped some points in the season so far, but they can aspire to win the Scudetto because they’re mature and a very good team,” he said.

“They’ve lost a lot with the absence of Lukaku, a player who can make the difference, but now they have the kind of trust in themselves that you can get from positive results.”

He added that “Inter can keep getting results now that they’ve qualified for the Champions League round of sixteen for a second consecutive season.”

Candreva also praised Inter midfielder Nicolo Barella, stating that “Barella has been playing at a very high level for the past two or three seasons, I think he’s become a top player, a complete midfielder who can both assist and score goals.”

“If he continues like this, he can reach great heights, he’s a top player and a key midfielder for the national team.”