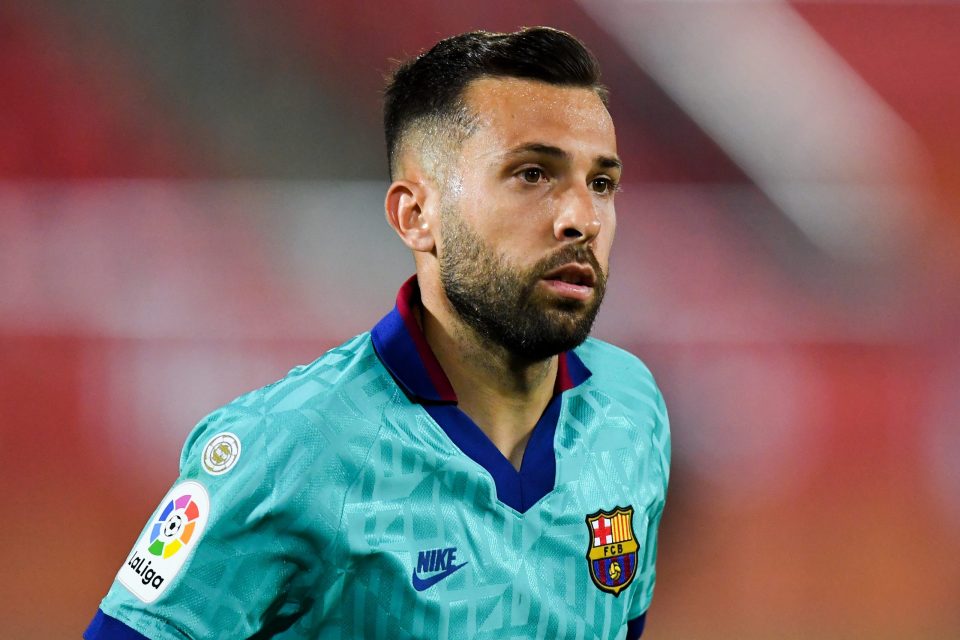 Barcelona wingback Jordi Alba feels that there is nothing to the transfer rumours that had linked him with Inter during the summer transfer window.

Speaking to Spanish news outlet Mundo Deportivo, the 33-year-old explained that he had not received any offers from the Nerazzurri despite reports that he could leave the Blaugranas.

Some reports emerged towards the end of the summer window that Alba could be a target for Inter.

The reports suggested that the Spanish international was a target for Inter to reinforce the left flank in the event that Robin Gosens were to depart.

However, nothing came of these rumours as Gosens stayed at Inter and Alba also stayed at his club.

For his part, Alba has revealed that he never got any offers from Inter in spite of the rumours, and that he always felt fully committed to staying at Barcelona.

“Honestly I have never received any offers,” he said of the rumours last summer.”

“I knew that Xavi would be counting on me,” he continued.

“For many years there’s been talk about the possibility of moving to another club or going out on loan, but my intention has always been to stay here.”