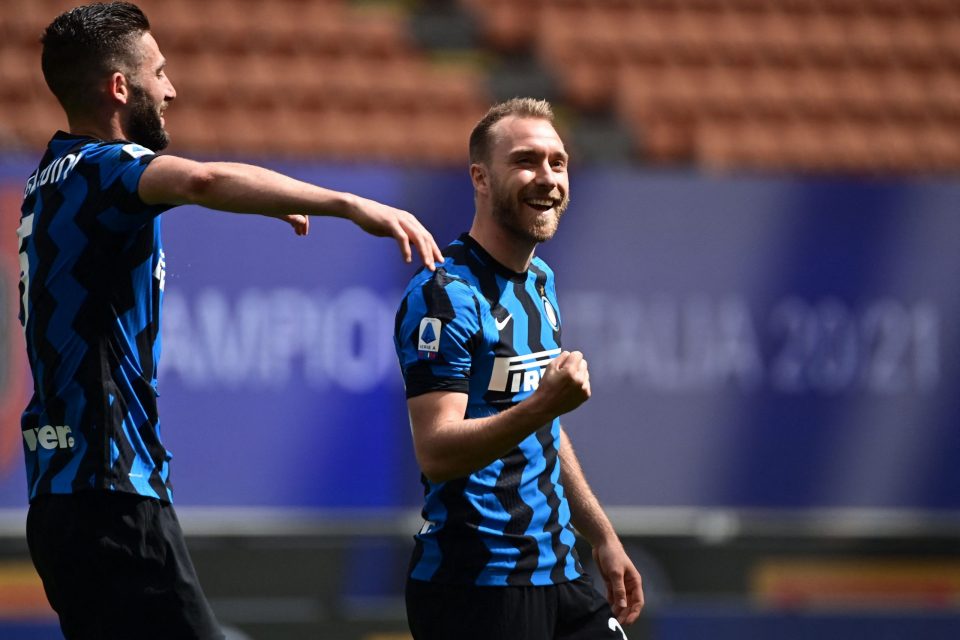 Former Inter midfielder Christian Eriksen has revealed that he had been focused on playing in the World Cup ever since being given the all-clear to resume his playing career.

The Denmark international suffered a cardiac arrest during his country’s Euro 2020 match against Finland in Copenhagen in June 2021, leading to him being fitted with a pacemaker and being unable to continue playing in Serie A.

Eriksen since joined Brentford and Manchester United in the Premier League after being forced to terminate his contract with Inter, but speaking in a press conference in Qatar, and as reported by FCInterNews.it, the midfielder claimed he had set the World Cup as a target since his return.

“Since the first interview I did when I returned, I always said that I would wanted to participate in the World Cup,” the 30-year-old declared.

“That was the goal from day one, ever since I had the chance. It’s special to be at the World Cup, I’m happy to be part of the national team.

“My focus is on this World Cup, we are footballers and we play football. I know our captain will be wearing the One Love armband.

“I don’t know what the consequences will be, we’ll see, but in the meantime we have to think about the pitch.”

Eriksen joined Inter from Tottenham Hotspur in 2020, and after enduring a difficult first 12 months in Italy, became a pivotal member of the Nerazzurri squad as they won the Scudetto in 2021 under Antonio Conte.

The former Ajax star returned to the pitch with Brentford in February 2022, before joining Manchester United in the summer.