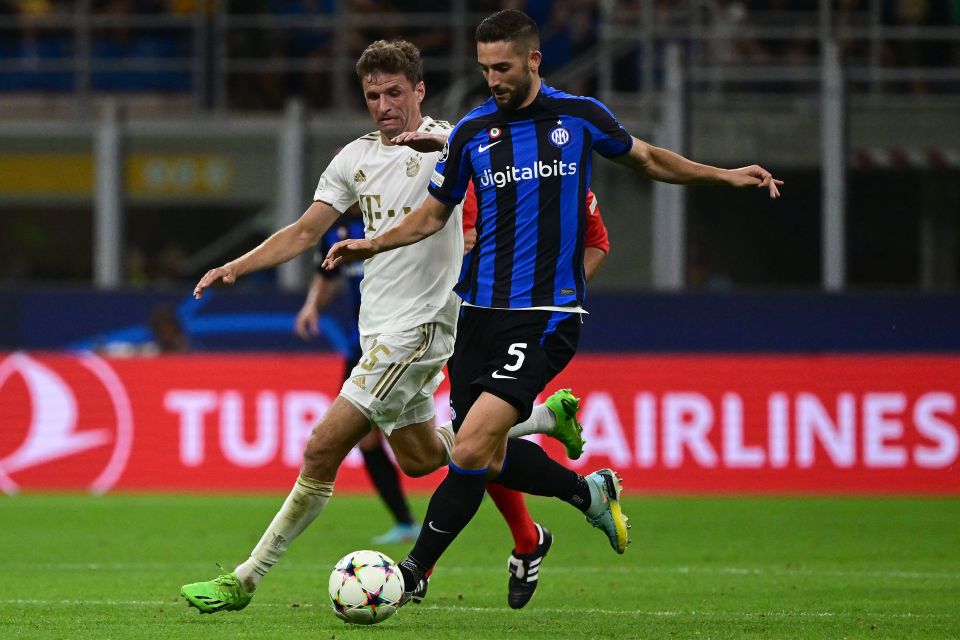 Inter midfielder Roberto Gagliardini is not pushing to leave the club during the January transfer window despite interest from a number of clubs.

This according to today’s print edition of Turin-based newspaper Tuttosport, via FCInter1908, who report that while all of Monza, Cremonese, and Sevilla are keen on the 28-year-old in January, he could still decide to remain at Inter.

Gagliardini’s current contract with the Nerazzurri runs out at the end of June 2023.

There is virtually no chance of the former Atalanta’s deal being extended.

Accordingly, Gagliardini should leave Inter by next summer, but could also be cashed in on as early as the January transfer window.

There is no lack of interest in the 28-year-old’s signature, with newly-promoted Serie A duo Monza and Cremonese interested in signing him to reinforce their squads and Sevilla also tracking the midfielder.

However, according to Tuttosport, Gagliardini would be happy to remain at Inter for the remainder of his contract and then leave on a free transfer next summer.