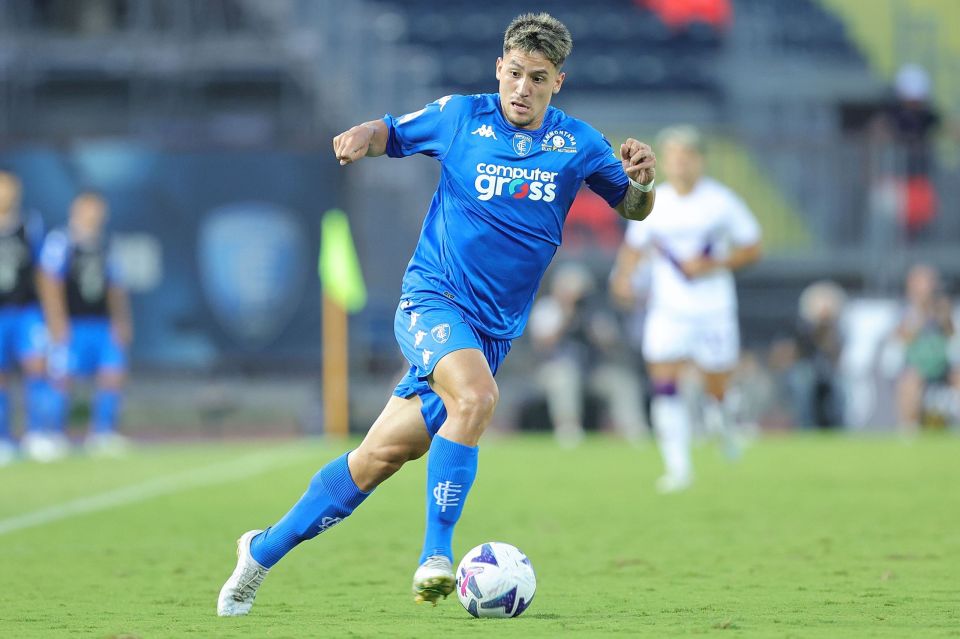 Inter striker Martin Satriano is likely to go out on loan again next season to continue his development after his loan with Empoli expires.

This according to today’s print edition of Milan-based newspaper Gazzetta dello Sport, via FCInter1908, who report that the Nerazzurri’s strategy is likely to be to continue using loan moves to keep the 21-year-old on track for his development.

Satriano has been playing for Empoli this season since joining the Tuscans on loan during the summer transfer window.

The Uruguayan is certainly all set to see out the rest of his one-season loan spell with Empoli, where he has been receiving regular first-team minutes in Serie A.

Satriano had also enjoyed a positive loan spell in Ligue 1 with Brest over the second half of last season, having barely played in Inter’s first team over the first half of the campaign.

As such, it looks probable that the striker will once again be loaned out next season.