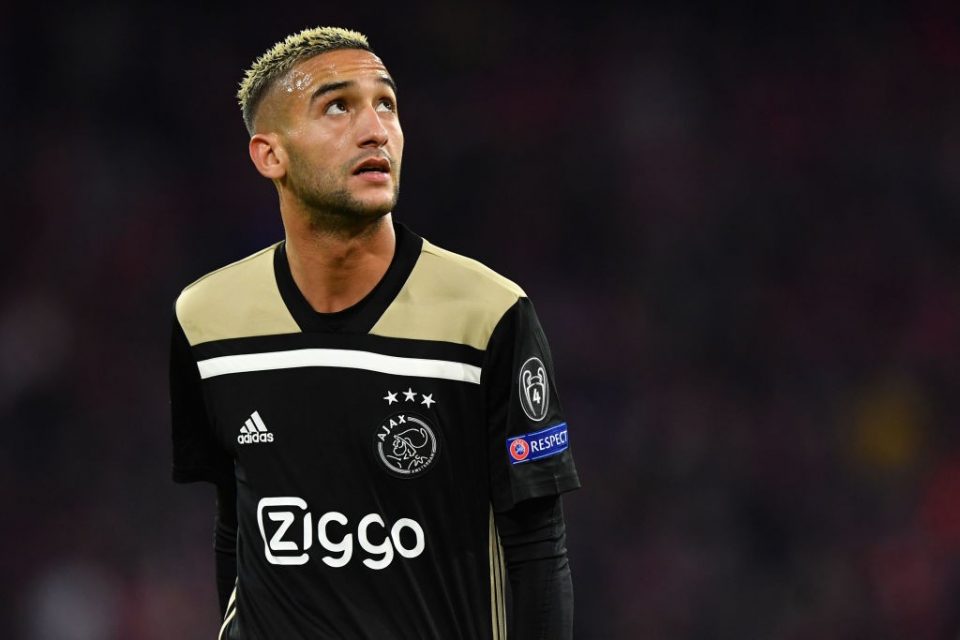 Speaking on his YouTube channel, Barzaghi named the 29-year-old Moroccan international as a player who the Nerazzurri could well ask for given that the Blues continue to target Dumfries.

Dumfries has been a player on Chelsea’s radar to reinforce their right flank.

The London-based clubs reportedly targeted the 26-year-old during the summer transfer window, although they failed to sign him and his stayed at Inter.

However, Chelsea’s interest in the Dutchman may not be done, and they could decide to move for him next summer.

Including a player going the other way could be part of the Blues’ strategy to sign Dumfries, and according to Barzaghi, Ziyech would be one possible arrival.