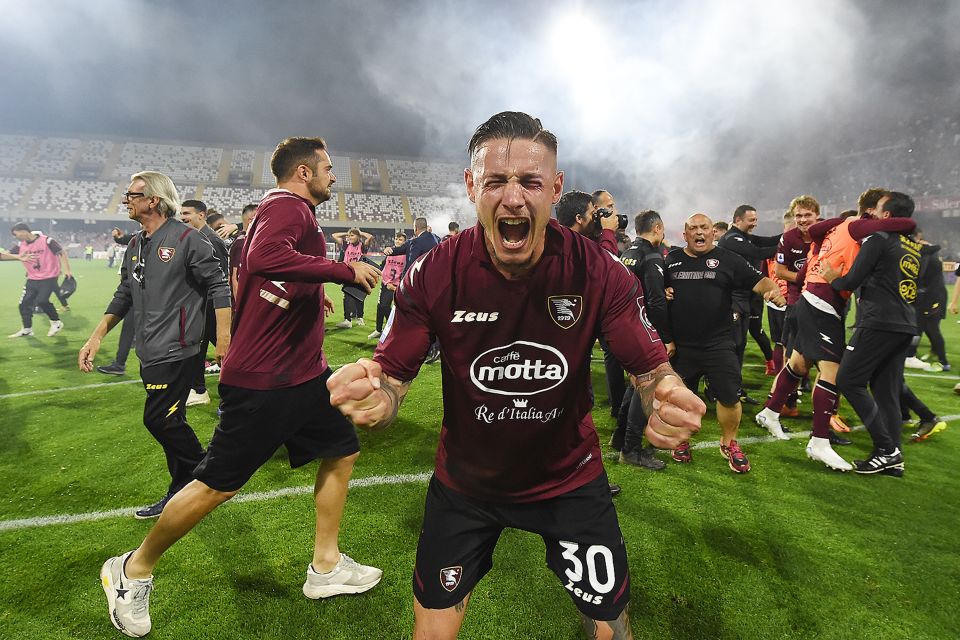 Inter-linked Salernitana Pasquale Mazzocchi has successfully undergone surgery to treat an injury to his right knee.

This according to Italian news outlet L’Interista, who report that the 27-year-old can now begin to recover from the damage to his medial collateral ligament, and could still be on the move to a bigger club in the coming transfer windows.

Mazzocchi has been reported as one of Inter’s main targets at left-wingback in the event that they look to sign a player in the position to replace Robin Gosens if the German departs.

The 27-year-old is also on the radar of a number of other big clubs in Serie A.

Mazzocchi’s MCL injury did look to be a potential setback for any prospective transfers.

However, the outlook after surgery now looks to be fairly good for Mazzocchi to return and then try to continue impressing on the pitch ahead of a possible move.