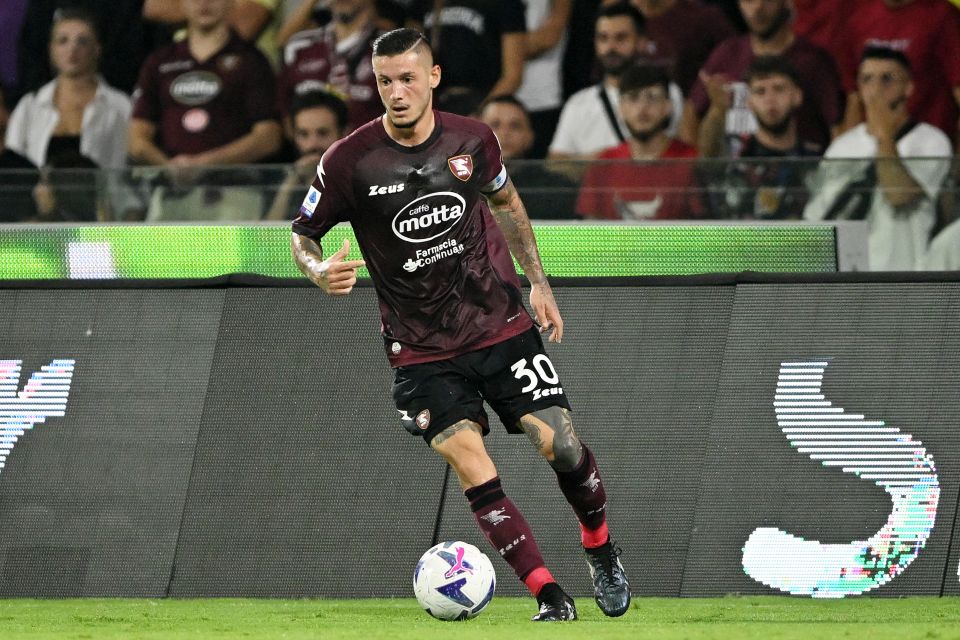 Salernitana wingback Pasquale Mazzocchi will not leave his current club until next summer transfer window at the earliest.

This according to today’s print edition of Milan-based newspaper Gazzetta dello Sport, via FCInterNews, who report that the 27-year-old is not set to leave the Granata in January as he recovers from an injury, amid transfer links to Inter, Napoli, and Roma.

Mazzocchi’s form for Salernitana in the first part of the campaign has led to serious transfer interest from a number of Serie A’s top clubs.

The Nerazzurri have been among the 27-year-old’s main suitors, as they see him as a possible replacement for Robin Gosens at left-wingback should the German depart.

Meanwhile, the Gazzetta report, the Giallorossi and the Partenopei are also keen on Mazzocchi

However, Mazzocchi just underwent surgery to treat a knee injury, and so he will be out for some time recovering, and therefore will not leave Salernitana during the January transfer window.