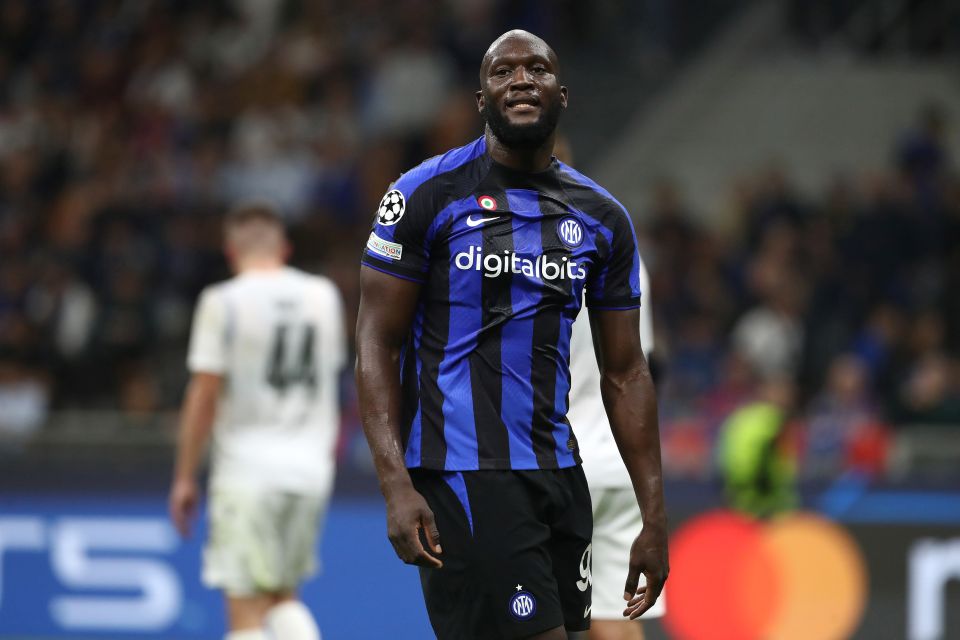 Former Inter midfielder Radja Nainggolan has revealed that he is being in contact with Nerazzurri striker and Belgian compatriot Romelu Lukaku, as he works his way back to fitness.

Lukaku returned to Inter from Chelsea on loan this season but has suffered an injury-hit campaign, and is not expected to feature in Belgium’s next World Cup game against Morocco tomorrow, having missed their opener against Canada as he recovers from a thigh strain.

In an interview published in today’s newspaper edition of Belgian outlet Nieuwsblad, ex-Inter midfielder Nainggolan spoke of his concerns over Lukaku’s fitness from Qatar, and felt that Red Devils coach Roberto Mancini ought to have called up AC Milan’s Divock Origi to support the Inter man.

“It’s crazy here. I just spoke to Luis Figo. I joked with Wesley Sneijder: “Wes, I’m going to the gym, because I don’t want to become like you,” Nainggolan claimed.

“Then I also heard from Lukaku. He would like to play a match in this group stage, but Romelu can’t force it, he hasn’t played for a long time. When Lukaku is on the pitch, he scares the other teams.

“Mishu Batshuayi has pace and scores a lot, but has such little present in the game. That’s why I would have brought Origi myself to help until Romelu is in shape. He plays better football. Romelu also grew up like this.

“I also remain convinced that Eden Hazard can still make a difference, he just needs to find the pace of the match.”

Meanwhile, Nainggolan also insisted that he was not ready to retire as he approaches his 35th birthday, and revealed that he still had offers from Serie A after returning to Royal Antwerp.

“Retire? I still feel good. Here in Qatar I met also the former director of Milan, Adriano Galliani. Now he manages Monza and he told me: “If you want to make some money, call me”. So there is always a solution.”

The ex-Roma midfielder is currently indefinitely suspended by Antwerp for disciplinary reasons, but admitted that he didn’t know what his future held.

“Antwerp said they will cooperate on a transfer, so we’ll see. I still don’t know exactly what I did wrong at Antwerp, it’s not like I attacked everyone like Cristiano Ronaldo at Manchester United.

“I still train with a smile with the B team. What else would I do?” he added.

Nainggolan joined Inter from Roma and made 41 appearances before leaving in 2021, having spent 18 months on loan at Cagliari.