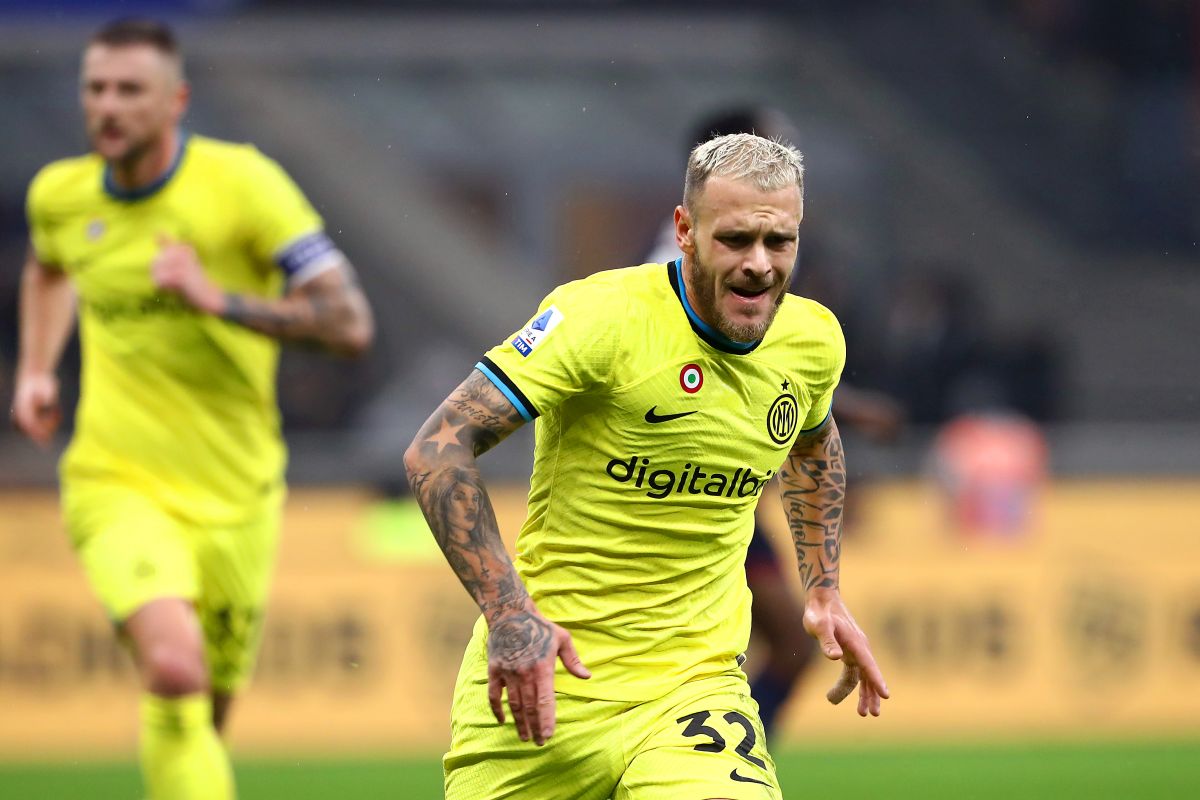 Inter have been able to move on from Ivan Perisic thanks to the excellent performances of Federico Dimarco in the left wingback role.

As reported in today’s newspaper edition of Corriere dello Sport, the Nerazzurri have not missed Croatia international Perisic following his move to Premier League club Tottenham Hotspur this summer.

Perisic made the switch to Spurs when his contract expired, to link up with former Inter coach Antonio Conte, having caught the eye with fine form over the past two seasons.

However, his departure has been softened by Dimarco stepping up to make the role his own, although it is highlighted that the former Hellas Verona man has operated in a different style to Perisic.

Whereas Perisic was more explosive and ready to take opponents on, Dimarco has shown more defensive discipline and has utilised his pinpoint deliveries from his left foot to create chances for teammates.

Dimarco has also offered a threat from set-pieces, with his expertise from freekicks giving Inter an additional weapon.

Meanwhile, the 25-year-old is also noted as being the first player to establish himself in the first team after coming through Inter’s academy since Davide Santon and Mario Balotelli in 2008.