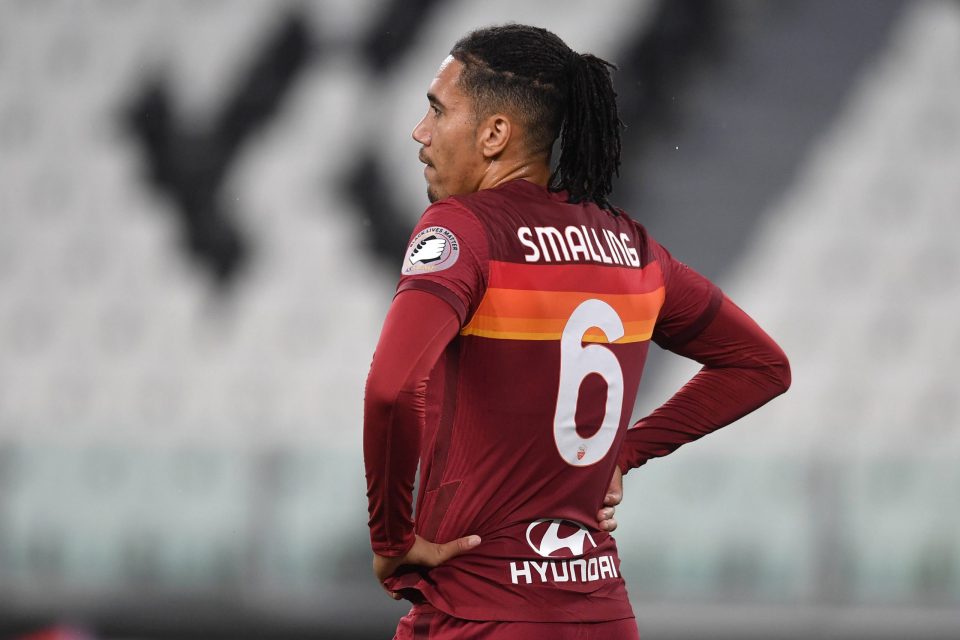 Inter are keen to sign Roma defender Chris Smalling on a free transfer next summer, and have already held a meeting towards possibly moving for him.

This according to Italian broadcaster Radio Radio, via FCInterNews, who report that the Nerazzurri would be ready to take advantage of the 33-year-old’s expiring contract with the Giallorossi.

Smalling has been one of the in-form defenders in Serie A this season.

The former Manchester United defender’s current contract runs out at the end of June 2023.

There had been talk of an automatic extension clause that would keep him on for another season at the wages he currently earns, around €3.8 million net per season.

However, according to Radio Radio this will not be a factor, and the 33-year-old’s deal with Inter expires at the end of June 2023 in fact.

Roma are hoping to extend Smalling’s contract, but Inter are also keen to sign him on a free transfer, and have already held a meeting towards this.