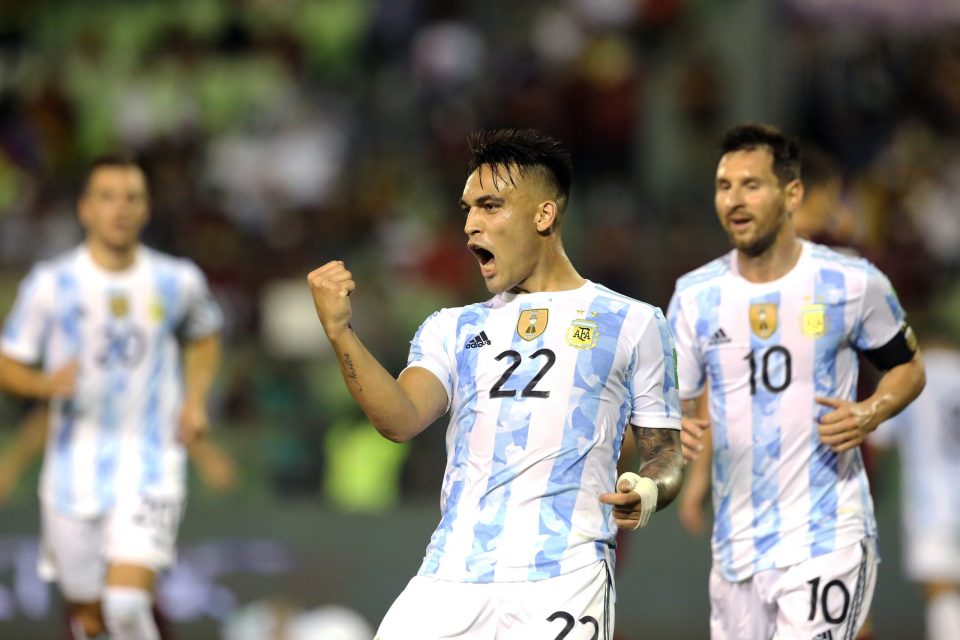 Argentine national team head coach Lionel Scaloni isn’t yet sure whether Inter striker Lautaro Martinez will get back his starting place in Saturday’s round of sixteen clash with Austrlia.

Speaking in a press conference, as reported by FCInterNews, the Albiceleste coach emphasized that he will play what he feels to be his strongest team for the occasion on Saturday, and that he’s not yet sure which changes he’ll make to the starting eleven if any.

Martinez was left out of Argentina’s starting lineup for their do-or-die group stage match with Poland on Wednesday.

The Albiceleste cruised to a 2-0 win to reach the knockouts, and now questions will be asked about whether the Nerazzurri striker will get another chance in the starting eleven.

Martinez had been Argentina’s first-choice centre-forward heading into the tournament, but his performances in their two opening group stage matches have raised doubts and left the door open for Manchester City striker Julian Alvarez.

For Scaloni’s part, the coach feels that his mind is not yet made up on the matter.

“I don’t know who will start, we still have today’s training to see who’s at their best, I don’t know if I’ll make any changes,” the coach said.

“The one thing I’m sure of is that I will select the team that I believe to be the best,” he added.