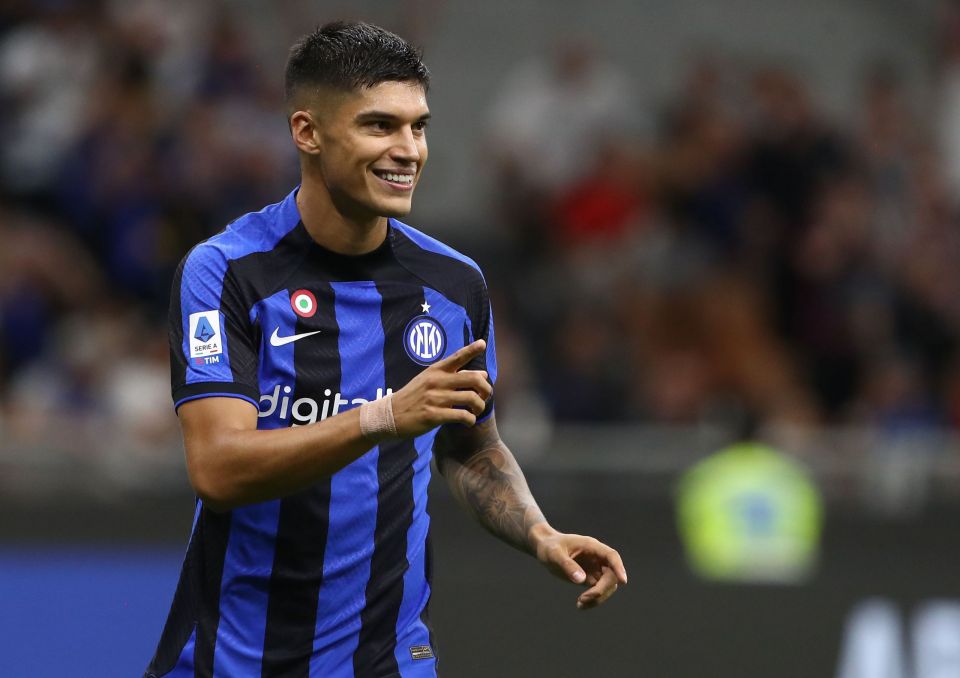 Inter have regrouped for training after breaking away for the start of the World Cup, but do not yet have Romelu Lukaku, Joaquin Correa, or Andre Onana available.

As reported in today’s newspaper edition of La Gazzetta dello Sport, the Nerazzurri returned to undergo fitness work today at the club’s Appiano Gentile training ground, having taken a short break following the pause in Serie A action from 13 November due to the winter World Cup.

The team completed a double session today and will report back late in the morning tomorrow for a further session, before flying out to Malta for a training camp until 9 December.

Whilst some of the team are currently on international duty at the World Cup, the bulk of the squad are available to coach Simone Inzaghi, although he will be without Matteo Darmian and Danilo D’Ambrosio as they recover from minor muscle injuries.

Joaquin Correa is not yet ready to participate after injury ruled him out of Argentina’s World Cup squad, but will be back during the week and will work alongside Darmian and D’Ambrosio in Milan.

Meanwhile, goalkeeper Andre Onana is set to return from his post-World Cup break on 9 December, having been sent home from Cameroon’s squad following a dispute with staff, although they were eliminated from the competition yesterday.

Lukaku’s Belgium side were also knocked out but the striker is determined to recover his fitness after an injury-hit season and is ready to cut his holiday short in order to return to training.

The Chelsea loanee is thought to be due to return to Inter on Tuesday or Wednesday.