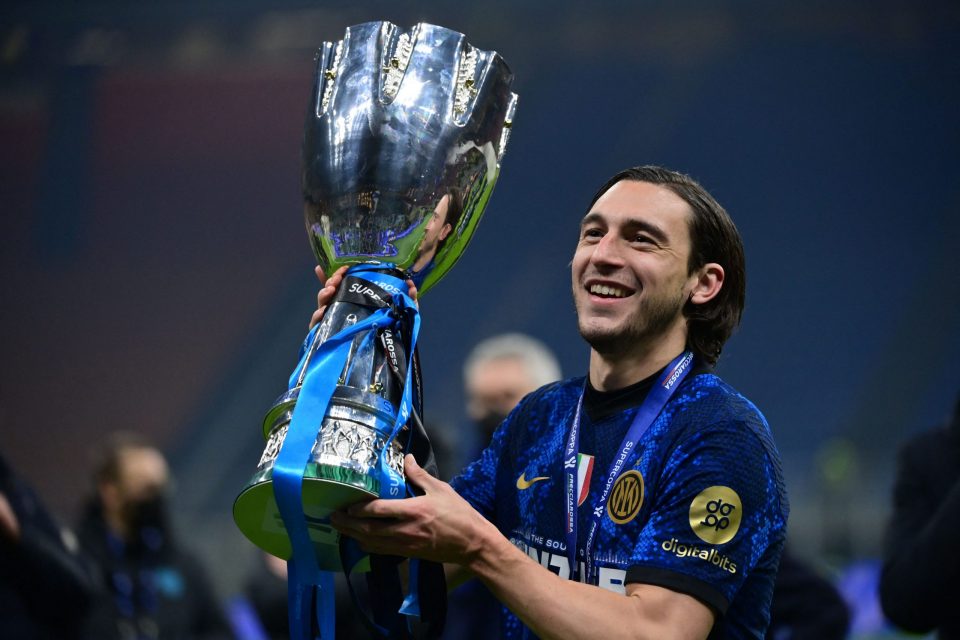 Inter wingback Matteo Darmian is expected to become the first player to receive a new contract by the club when they begin their next round of renewals.

As reported in today’s newspaper edition of La Gazzetta dello Sport, the former Manchester United player is set to put pen to paper on a two-year contract worth €3.2 million net per season, as he extends his stay at the Stadio Giuseppe Meazza.

Darmian will take advantage of a tax growth decree that will allow him to secure the salary, and it is reported that the 33-year-old’s new deal could be the first confirmed and announced by Inter.

The ex-Torino defender arrived at Inter from Parma in 2020 on an initial loan, before converting the move into a permanent deal the following summer, and has gone on to make 83 appearances for the Nerazzurri, scoring six times.

Darmian helped Inter win the Scudetto under Antonio Conte in 2021, and was also part of the team that lifted the Coppa Italia last season.