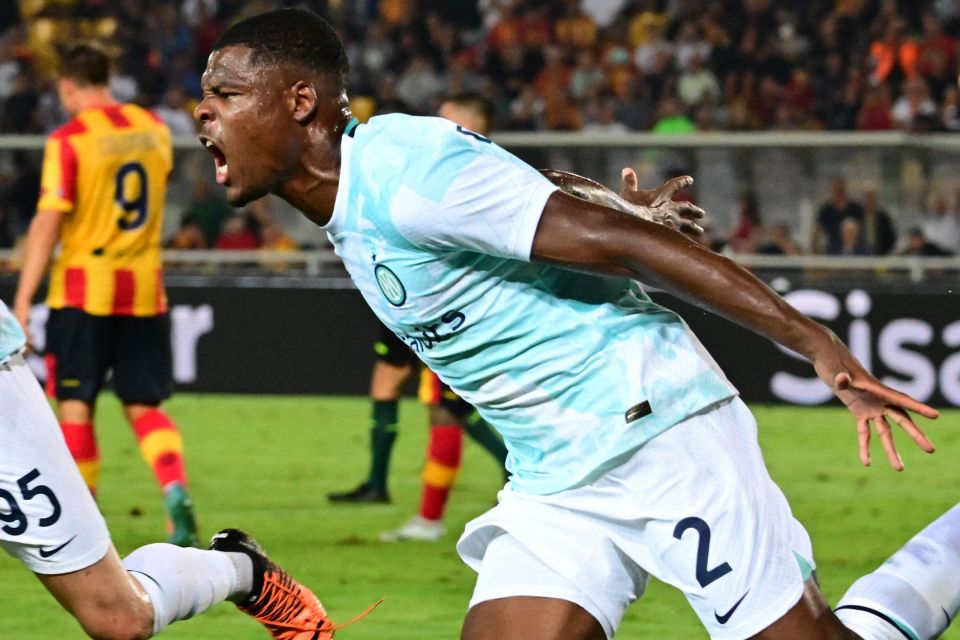 Inter wingback Denzel Dumfries has brushed off reported interest in him from Premier League club Chelsea and reiterated his happiness at the Nerazzurri.

The 26-year-old caught the eye with a spectacular performance in the Netherlands 3-1 win over the USA in the first knockout round of the 2022 World Cup in Qatar yesterday, providing a goal and two assists to send the Dutch side into a quarter-final tie against Argentina.

In an interview with British outlet The Athletic after the match, and as reported by FCInterNews.it, the former PSV Eindhoven spoke about links to Chelsea following his starring role, but made clear his happiness at remaining in Serie A with Inter.

“Chelsea’s interest in me is naturally a compliment, but wearing the shirt of a great team like Inter is also a great compliment,” Dumfries declared.

“I’m focused on the national team and I play for a beautiful club in Italy.

“I’m really proud to be able to play for Inter, so my head is focused on nothing but the national team and Inter,” he added.

Dumfries joined Inter from PSV in 2021 and has made 65 appearances in all competitions for the Nerazzurri, registering seven goals.

The former Heerenveen man made his international debut in 2018 for the Netherlands, after previously winning two caps for Aruba, and has gone on to play for the Oranje 41 times.