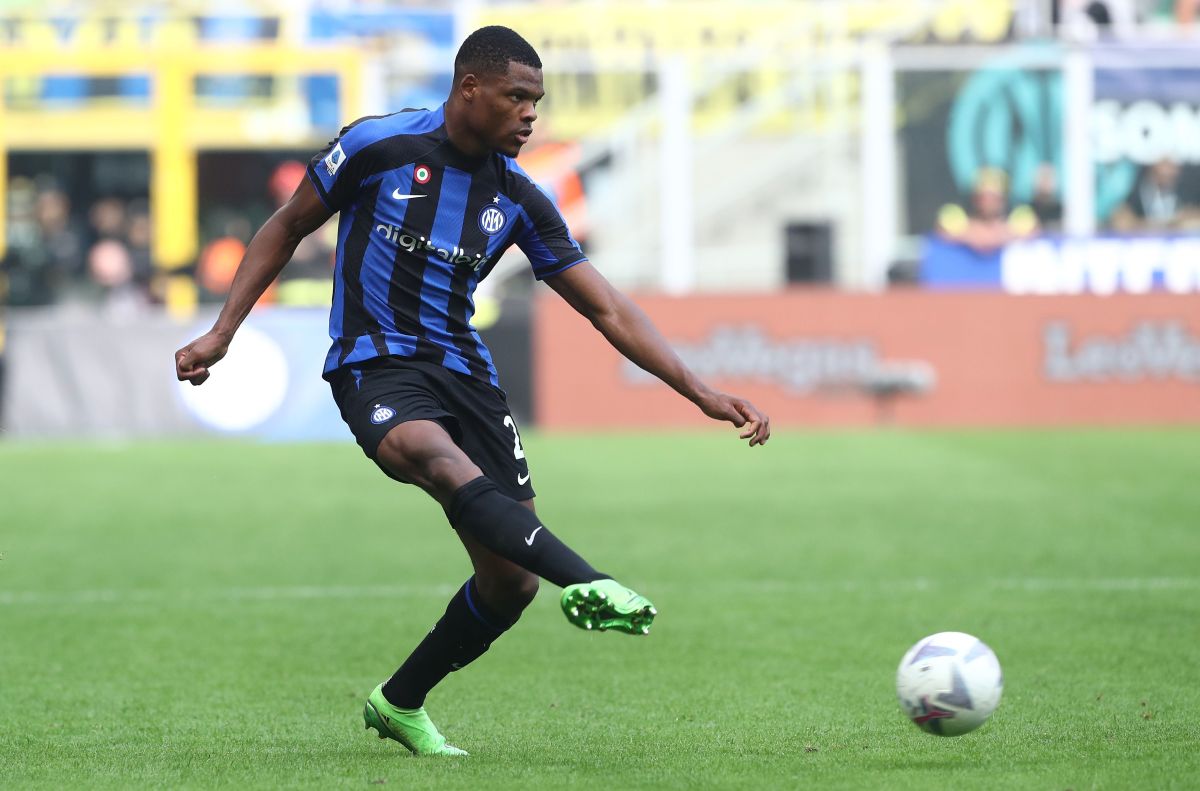 Reporting for Italian news outlet Gazzetta.it, Pedulla explained that the Nerazzurri’s priority is still to keep hold of the 26-year-old until June, and that they would only let him leave if they felt the offer was too large to refuse.

Dumfries’ value looks to be on the rise after his standout performance in the Dutch national team’s 3-1 win over the US in the World Cup round of sixteen on Saturday.

This could make a sale of the Dutchman more likely for the Nerazzurri.

The interest in Dumfries’s signature has always been there, particularly from Premier League giants Chelsea.

However, as Pedulla explained, Inter are not keen to sell the former PSV wingback as early as the January window, and would prefer to wait until at least the summer.

“Before the World Cup, his valuation stood at around €40 million as a base, plus incentives for the transfer,” he writes.

“A reasonable request considering that the Nerazzurri club has resisted up to now and that no negotiations have started up.”

“There are two explanations, the most important purely technical,” Pedulla continues, “Inter already have a problem on their left flank, the possible sale of Gosens but not on loan with the right to buy, so they’re not thinking about upheaval on the right side where they have certainty.”

“This approach has paid off so far, as the €40 million has risen to €50 million plus add-ons, taking into account that Van Gaal’s team have achieved lift-off and could even go further in Qatar, possibly with another vital contribution from Denzel.”

“Teams from the Premier League, including Chelsea, have already had him in their crosshairs,” Pedulla notes.

“But age 26 and a half, any talks should only be in June, barring offers that are truly huge and irresistible.”