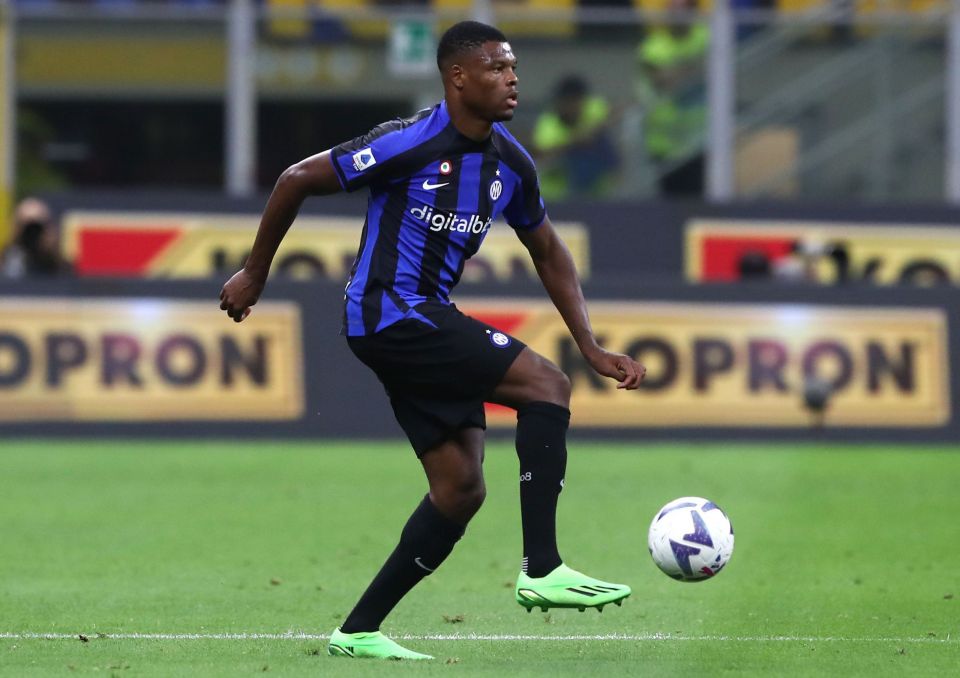 Inter are hoping that they can complete a sale of wingback Denzel Dumfries during the January transfer window, but keep him on loan for the rest of the season.

This according to today’s print edition of Rome-based newspaper Corriere dello Sport, via FCInterNews, who report that the Nerazzurri are hoping that they can get a fee of €60 million for the Dutchman in January.

Dumfries’s display for the Dutch national team in their 3-1 win over the US at the World Cup has meant that his value has likely risen.

There has already been interest in the 26-year-old former PSV wingback’s signature going into the tournament.

Both of Premier League duo Chelsea and Tottenham Hotspur are keen.

However, with Dumfries’s performance against the US, the interest is only growing, and Inter are ready to put a €60 million price tag.

According to the Corriere, the Nerazzurri do not want to wait around in getting a sale completed, although they would then expect to keep Dumfries on loan until the end of the current campaign.