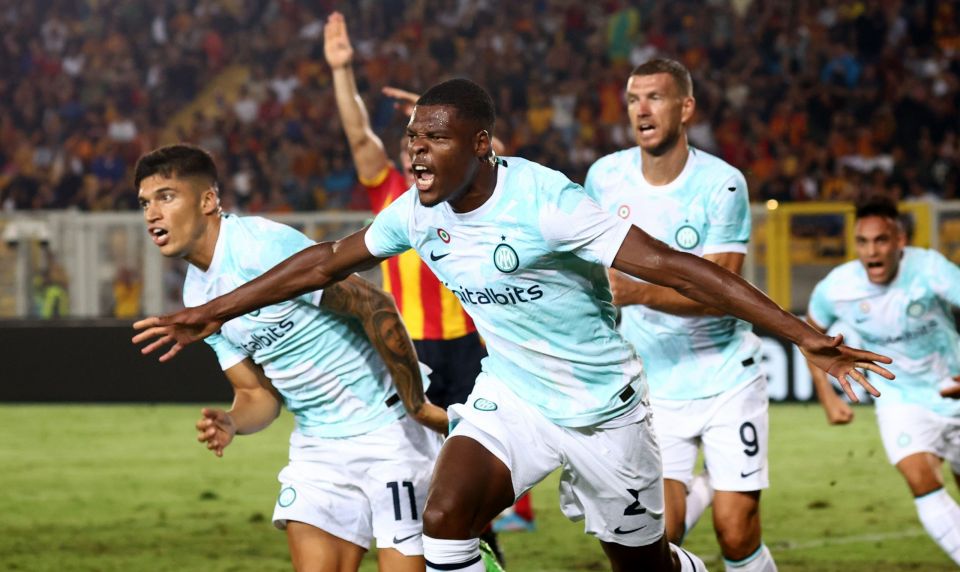 Manchester United have joined Chelsea in the race to sign Inter wingback Denzel Dumfries, and could offer right-back Diogo Dalot as part of a deal for him.

This according to today’s print edition of Milan-based newspaper Gazzetta dello Sport, via FCInterNews, who report that the Nerazzurri value the Dutchman at €60 million, and that the competition to sign him from the Premier League is increasing.

Dumfries put in his first real standout performance at the FIFA World Cup in Qatar on Saturday, as his goal and assists saw the Netherlands see off the US to reach the quarterfinals of the tournament.

The transfer interest in the 26-year-old had already been there, with Chelsea in particularly keen since the summer transfer window.

However, the London-based club could be joined in the pursuit of Dumfries by Premier League rivals United.

Inter would hope to bring in a fee of €60 million for Dumfries given how he has shown in Qatar, with more potentially to come from the former PSV wingback at the tournament.

One advantage that United could potentially have over rivals for Dumfries’s signature would be their ability to offer Dalot as a counterpart in a deal for him.

If the Red Devils were to offer Inter Dalot in addition to a significant cash fee, the Nerazzurri could feel that this would be ideal to quickly provide a high-quality replacement on their right flank.