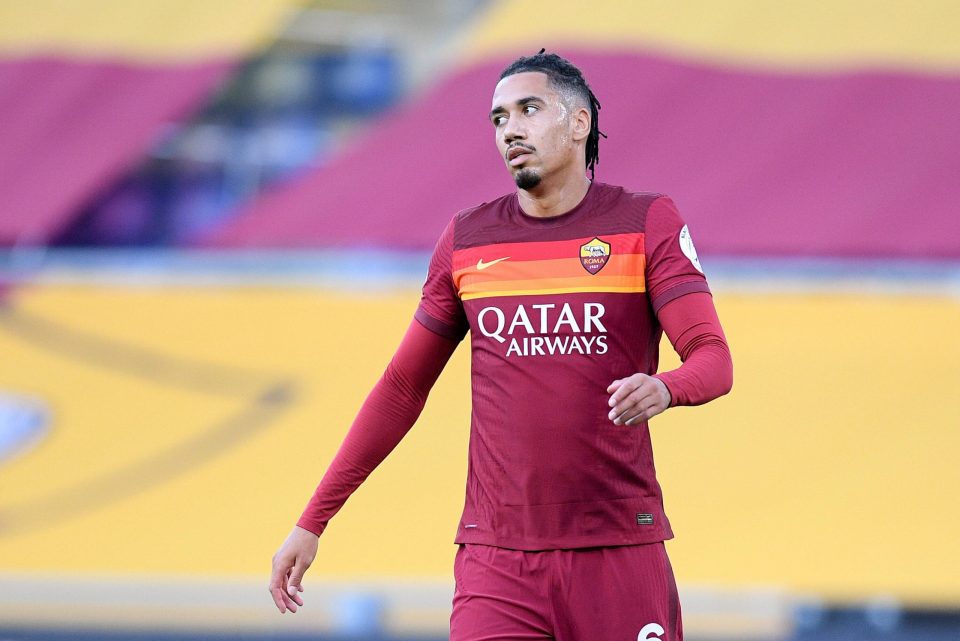 Roma defender Chris Smalling has been offered to Inter for next summer on a free transfer, whilst the Nerazzurri are considering him in the event that one of Stefan de Vrij or Francesco Acerbi leave the club.

This according to Italian news outlet Gazzetta.it, who report that the Nerazzurri have been offered the Englishman by his agent, and that they are waiting to see what happens with the situations of de Vrij and Acerbi.

Smalling’s current contract with Roma runs out at the end of June 2023.

The 33-year-old’s agent James Featherstone met with Giallorossi Sporting Director Tiago Pinto regarding a possible extension, but as of yet has not agreed a new deal.

Accordingly, Featherstone has approached Inter among other big Italian clubs to propose a possible transfer for Smalling.

For their part, the Nerazzurri are waiting to see what happens with defenders already in their squad before they make a decision on the former Manchester United defender.

Inter are aiming to extend Stefan de Vrij’s contract on wages of around €4 million net per season.

Meanwhile, Francesco Acerbi’s loan move from Lazio could be made permanent next summer, although the Nerazzurri would aim to sign him for less than the €4 million purchase clause in his deal.

Should either de Vrij or Acerbi be on their way, then Inter would certainly be interested in the offer to sign Smalling on a free transfer.